Belhanda to be the new number 10 of Besiktaş 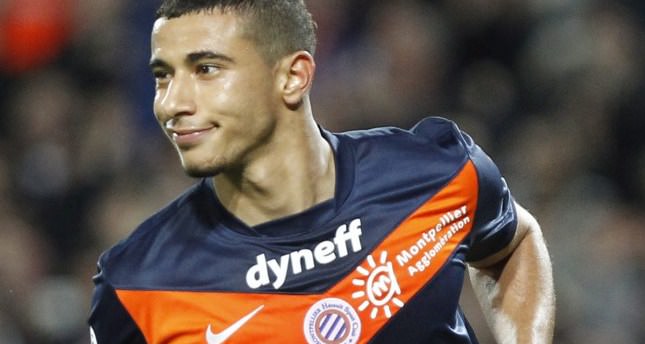 by Daily Sabah Aug 14, 2014 12:00 am
Turkish soccer giant Beşiktaş is very close to signing Younes Belhanda from Dinamo Kyiv. After the victory against Feyenoord and Demba Ba's admission to the squad, Beşiktaş is aiming to sign a very good number 10. Administrators of Beşiktaş and Dinamo Kyiv met on Tuesday in Bodrum in order to negotiate the transfer of Belhanda. According to Turkish media, negotiations between the two clubs have come to an end. The Ukrainian club accepted to reduce the price to 10 million euros (TL 28.7 million) after Beşiktaş increased its offer to 7 million euros. Sources close to the club said both clubs were about to agree. Last year Turkish champions Fenerbahçe also wanted to transfer Belhanda but the two clubs failed to agree on a fee. Louis Nicollin, president of the French club, has priced Belhanda at $20 million.

Also, the English club Tottenham have shown interest in the 24-year-old. Gunners boss Arsene Wenger said two years ago: "I know Younes well and I like him a lot. But I don't want to cause problems. Only Montpellier can decide where he goes." Younes Belhanda (born Feb. 25, 1990) is a French born Moroccan international footballer. Belhanda began his football career playing for his hometown club, Racing Club Aramon. He spent five years in the Montpellier's academy and made his professional debut in the team's opening league match of the 2009-10 season against Paris Saint-Germain. Dynamo Kyiv signed Younes Belhanda in 2013.
Last Update: Aug 14, 2014 10:01 am
RELATED TOPICS