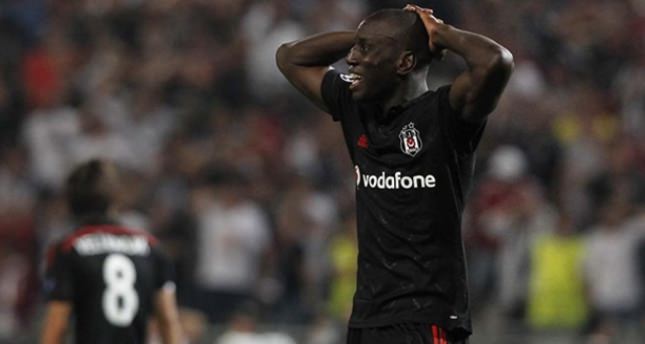 Beşiktaş face a depleted Arsenal side tonight in the second leg of the Champions League playoff qualifiers in London looking for the score-draw that would send the Istanbul side into Europe's biggest club competition. A 0-0 draw in Istanbul last week means Beşiktaş only need to match Arsenal's scoreline to go through to the group stages of the Champions League and net the abundant cash windfall that comes with it. Tall though the task may be to travel to London and grab a result from under the noses of one of the most consistently strong teams in Europe, Beşiktaş can take heart in the strength of their counter-attacking play from the first leg.

Moreover, Arsenal will be without the in-form Aaron Ramsey, Mikel Arteta and Olivier Giroud - Arsenal's hero in their 2-2 draw with Everton. In truth, the Turkish side should be taking at least a two-goal lead into the second leg thanks to the wealth of clear cut chances they carved out in Istanbul. Demba Ba could, and probably should, have had two goals while Olcay Şahan could have easily grabbed another. There are goals in this Beşiktaş team; it may simply be a matter of whether they can take their chances when they come. And they will come. Arsenal are one of the best possession sides in Europe and will likely spend a lot of time camped out in Beşiktaş's half, passing the ball among themselves waiting for a crack to appear. It falls on the precocious defensive duo of Pedro Franco and Ersan Gülüm to hold their line, stay close together and prevent Arsenal getting through on goal. Their task should be made easier by the probable absence of Giroud who picked up an injury late on in Arsenal's weekend draw with Everton.

Ramsey's surging runs from deep will also be of no concern to Beşiktaş after his red card in the first leg. Their midfield metronome Mikel Arteta will also be missing after picking up a knock in Istanbul. The missing trio are arguably Arsenal's most important players at the moment. Arsenal tend to have a habit of not turning possession into goals and can become frustrated if they fail to score early on. Slaven Bilic will almost certainly begin the game conservatively, playing with a compact defense and using Ba as the team's outlet with the Senegalese's ability to hold up the ball and relieve pressure on his team-mates. From the off, Beşiktaş are likely to aggressively pursue counter attacks, forcing Arsenal to stay further back than they'd like for fear of the Turkish side grabbing a crucial away goal. Giroud's replacement should be Yaya Sanogo, a deceptively difficult striker to deal with, despite his flailing limbs and perpetual ability to look unbalanced at all times. He has yet to set the world alight, but his performance in the
Community Shield against Manchester City should be enough for Beşiktaş to treat him with respect.

New signing Alexis Sanchez was electric for Arsenal in Istanbul and his direct running could cause Ramon Motta a lot of trouble. Where Beşiktaş can hurt Arsenal is down the wings. Playing at home and needing a goal, Arsenal will push their full backs high up the pitch as they try to outnumber their opponents. Allowing Arsenal to come deep, the away side could have some joy by risking a winger further up the field who can exploit the space in behind and work in tandem with Ba to create lightening counterattacks. With the away goal playing such a key part thanks to the 0-0 draw in Istanbul, Beşiktaş only need to sneak a goal by hook or by crook to put Arsenal under serious pressure and put at risk their run of 16 straight Champions League appearances. A tall task maybe, but a doable one.
Last Update: Aug 27, 2014 2:20 am
RELATED TOPICS