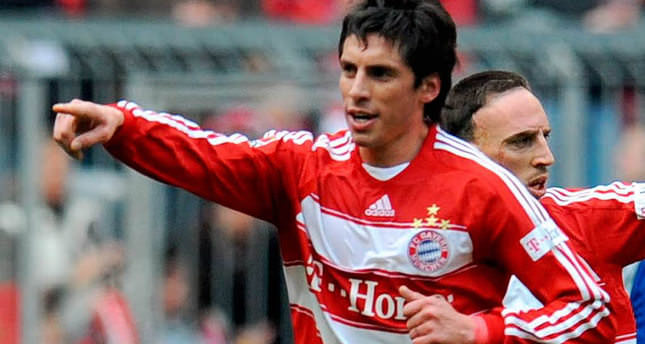 by AA Sep 02, 2014 12:00 am
Turkish giants' new stars have come to Istanbul yesterday on the last day of transfer window. Beşiktaş's new Argentina playmaker Jose Ernesto Sosa arrived in Istanbul on Sunday and was received by a throng of fans at the airport after signing for Beşiktaş. The 29-year old playmaker underwent a medical examination yesterday. He is expected to sign a three to four year deal with the Black Eagles.

Jose Sosa spent the second half of last season at Atletico Madrid. Meanwhile, Galatasaray's recent signings-Macedonian forward Goran Pandev and Swiss central midfielder Blerim Dzemaili, both signed from Italian Serie A club Napoli, arrived in Istanbul yesterday. It is believed that Pandev and Dzemaili will sign official contracts after medical checks. According to Transfermarkt.com, Galatasaray have completed the transfers by paying Napoli $1 million (TL 2.1 million) for 31-year-old Pandev and a $3 million transfer fee for 28-year-old Dzemaili. Last season Pandev scored eight goals and produced eight assists in 41 matches for Napoli; Dzemaili found the net six times and made four assists in 29 appearances for the Serie A club.
Last Update: Sep 02, 2014 10:09 am
RELATED TOPICS