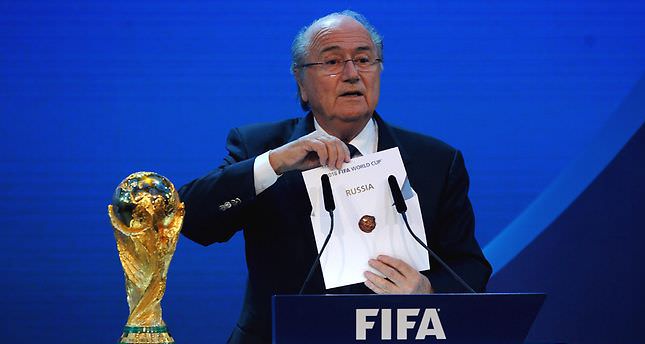 by Sep 04, 2014 12:00 am
FIFA president Sepp Blatter has reiterated that Russia's hosting of the 2018 World Cup is not up for discussion. "We are not placing any questions
over the World Cup in Russia," he told an event near Kitzbuehel, Austria, according to DPA news agency. "We are in a situation in which we have expressed our trust to the organisers of the 2018 and 2022 World Cups," he added. "(A boycott) has never achieved anything." There have been calls from politicians for the tournament to be taken elsewhere because of Russia's role in the Ukraine crisis and its occupation of Crimea. Asked last week whether there was any risk that Russia could lose its right to hold the tournament due to the complicated political situation, President Vladimir Putin said: "I hope not. FIFA has already said football and sport are outside politics and I think that is the right approach." Russia will host the 2018 World Cup at 12 stadiums in 11 cities, including two venues in Moscow.