Blatter aims to give coaches right to 'challenge' referees 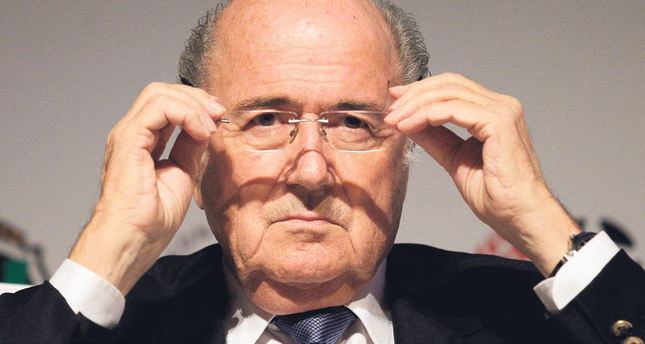 by Sep 10, 2014 12:00 am
FIFA president Sepp Blatter said Monday he wants to start trials on giving coaches the right to "challenge" referee decisions during a match. The system, backed by television monitors, could be tried at the Under-20 World Cup in New Zealand next year and Blatter said he would like to find a national league to test the challenge. Blatter first raised the idea at the FIFA congress in June but he told the Soccerex conference in Manchester he would now propose the move to the International Board, football's lawmaking body. He wants "coaches or team managers (to) have the right in the half, twice or once, to have a call to challenge a refereeing decision but only when the game has stopped." Blatter said: "Then there must be a monitor by the television company, then the referee and coach look at it and the referee may then change his mind as is the case in tennis, for instance. Hopefully we can find a league, semi-professional or professional, that will try to do it," he added. "It can only be done where there is television coverage of all the matches, or in one of FIFA's competitions, a youth competition in FIFA, an Under-20 like next year we are in New Zealand so we could test such a 'challenge calls'."