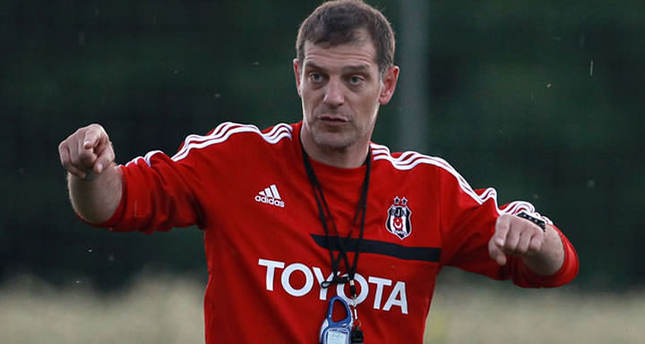 by Daily Sabah Sep 17, 2014 12:00 am
Beşiktaş coach Slavan Bilic launched a scathing attack at the Turkish Football Federation on Monday night after his side fought out a disappointing 1-1 draw Çaykur Rizespor. The Croatian bemoaned the game's scheduling due to its proximity to this Thursday's Europa League game with Asteras Tripolis, claiming his was the only side in European competition playing on Monday night. Playing without star players Demba Ba and Oğuzhan Özyakup, Bilic didn't use the scheduling issue as an excuse but couldn't hide his anger at playing so close to a big Europa League game, arguing it put him in a difficult position.

A journalist asked Bilic in a press conference after the Monday's match "You will play in Euroleague tournament in three days' time, won't it be difficult for you". Bilic replied, "There are 32 teams in the Champions League and 48 teams in the Europa League. Which team played on Monday?
None. None of the teams that play their matches on Tuesday, Wednesday and Thursday played in their domestic league on Monday. So why do we play on Monday? We represent not only Beşiktaş but also Turkey. I don't allege this as an excuse. But no matter what the result was this evening, I was going to ask this question"

He also called on the Turkish Football Federation to create a fairer schedule for Beşiktaş, considering their European fixture congestion. "We are disappointed because we did not manage to win three points against Çaykur Rizespor. It's very annoying to lose points. We had more ball possesion than our rival. They played very defensively. But we have a lot of matches ahead of us. We felt the absence of Demba Ba and Oğuzhan Özyakup because they are players who can shoot the ball and score goals."
Last Update: Sep 17, 2014 11:09 am
RELATED TOPICS