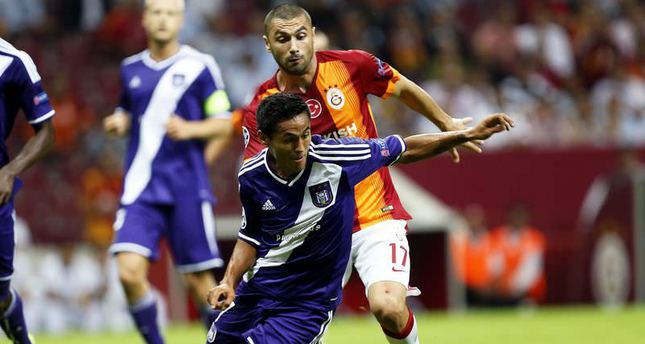 In the 35th minute of play, Galatasaray mid-fielder Felipe Melo's shot from outside the box, but it was saved by goalkeeper Davy Roef.

Galatasaray's Turkish midfielder Selcuk Inan fired from a free kick just outside the penalty area in the 40th minute - the ball shaved the post. Roef did not even move.

The first half ended as a goal-less draw.

In the 52nd minute, Anderlecht's 20-year-old Belgian attacking midfielder Dennis Praet skipped two Galatasaray players outside the area and made a shot into the far-right post, the ball hit the post and went in, 1-0.

Galatasaray increased the pressure on Anderlecht's half to score the equalizer.

The Turkish club's Portuguese winger Bruma had an effort at a goal in the 62nd minute; however, the ball was deflected by Roef once again.

In the 86th minute, Galatasaray's Turkish forward Umut Bulut, looking for equaliser, missed a chance in the box.

In stoppage time, Galatasaray finally equalized when Turkish striker Burak Yilmaz - assisted by his Cameroonian teammate Aurelien Chedjou - easily put the ball in the back of the net, ending the game in Istanbul as a 1-1 draw.

Results of the night are as follows: