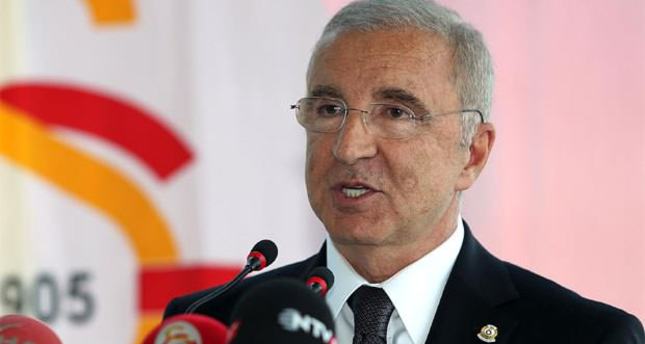 Galatasaray's Chairman Ünal Aysal announced that he will not run for the presidency in the upcoming elections. The club's Italian coach Cesare Prandelli could also be on his way out of the door

Turkish giant Galatasaray's Chairman Ünal Aysal resigned from his post on Wednesday night after increasing tension within the club following Galatasaray's slump in both the Turkish League and European Champions League. After a string of bad results for the team, the Turkish giants organized an extraordinary general assembly with the Galatasaray administration deciding to hold an early election between Oct 15-18. All eyes were on Aysal with fans wondering whether he would jump or be pushed.

The expected announcement came on Wednesday night. Speaking on a television program, he officially announced that he will not run for the presidency in the upcoming elections. He also said Ali Dürüst, who was a former Galatasaray administrator, will also not be running for the presidency; however, he might work in some other position within the club.

"It is not possible for me to sever my ties with Galatasaray. I will not run for presidency, I think," said Aysal and added he has other projects to concentrate on. He continued, "The Galatasaray Global Project which I have mentioned before, is on my agenda. I will cover all the expenses myself and present it as a gift to the future administration." Aysal stressed that he has been working for Galatasaray for 40 months without asking for anything in return while he even neglected his own businesses.

"Well done. I only expected justice. I am not happy with the current state of Turkish sports. That is the main reason for my decision," Aysal added. He continued, "We will see what is going to happen in the coming days. The only candidate for presidency, Alp Yalman is a good candidate. Ali Dürüst told me he will not run in the elections. Faruk Süren said he has not considered running for the presidency."

During his televised interview, Aysal finally opened up about former coach Fatih Terim's separation from Galatasaray. "There is no hate between Terim and me but I am seriously hurt. He did not answer my straight questions in the period following his departure," Aysal stated. He said he learnt about Terim's signing with the national team on T.V while they were signing the contract. He said Terim asked permission to coach four matches and Galatasaray informed the Turkish Football Federation (TFF) that the national team can work with Terim for four matches without any cost.

[TFF president] Yıldırım Demirören said 'This is not what we talked about. Let me think about it,' so I went on holiday thinking the case was closed. But when I turned on the T.V, I saw the signing ceremony... I am hurt because I was the last one to know despite being the chairman of Galatasaray," said Aysal. He said club CEO Lütfi Arıboğan went to Florya a day before the signing ceremony to speak to Terim.

"Terim said he was busy at the moment and told Arıboğan to speak with his assistant," said Aysal, adding that he informed the board about the situation and stopped working with Terim. He said they were in contact with Terim as they had already enjoyed two successful seasons together.

"We wanted to be successful in the third season with Terim. The effect of the coach over the team was important. That is why we lost the championship that year. If we had not been forced to make this decision, we would not have. Fatih Terim did not complain to anybody about us nor did he have any problems with any of the executives. We were in contact frequently," Aysal concluded.

Aysal may not be the only one to leave Galatasaray. It has been rumored that Galatasaray's Italian coach Cesare Prandelli could also be on his way out the door. According to Italian newspapers, the first candidate Alp Yalman doesn't want to continue working with Prandelli, preferring to replace him with Turkish coach Mustafa Denizli. Due to the fact that Galatasaray don't have to pay any compensation for Prandelli, the Italian newspaper claimed it is expected that Alp Yalman will cancel the contract with Prandelli if he wins the chairmanship.
Last Update: Sep 26, 2014 2:28 am
RELATED TOPICS