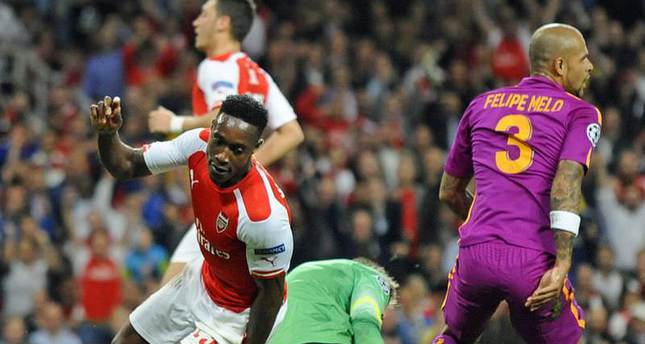 by Oct 01, 2014 12:00 am
Arsenal ignited their Champions League campaign with a 4-1 thrashing of a feeble Galatasaray side on Wednesday with Danny Welbeck grabbing a hat-trick in a largely one-sided Group D clash in north London.

Galatasaray had never won in nine previous visits to England, and once Welbeck had punished them twice in the first half-hour their resistance crumbled, with Alexis Sanchez ending the match as a contest with Arsenal's third goal before halftime.

Welbeck completed his hat-trick shortly after the break and the only blot on Arsenal's copybook was a needless red card for goalkeeper Wojciech Szczesny who rashly brought down Burak Yilmaz, who tucked away the resulting spot kick.

After their opening-night loss to Borussia Dortmund, victory lifted Arsenal into second place behind the German club with three points. Galatasaray and Anderlecht have one point apiece.