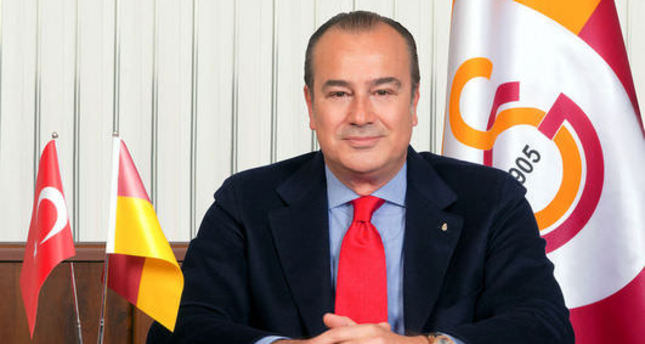 by Daily Sabah Oct 01, 2014 12:00 am
Galatasaray's outgoing chairman Ünal Aysal yesterday announced Cemal Özgörkey, a Turkish businessman, is set to become a candidate for the top spot. Aysal announced on Sept. 25 that he would not run for the presidency in the upcoming elections to be held on Oct. 25. Answering the questions of journalists before departing for London to watch the Champions League match against Arsenal, Aysal said, "Let me break some good news. I heard that our brother Cemal Özgörkey has been preparing a bid for the chairmanship. He intends to announce his candidacy and he has my blessing. Galatasaray will have another presidential candidate. Let us hope for the best." Galatasaray's former chairman Alp Yalman announced on Sept. 23 his candidacy for the early elections. Yalman was expected to run whereas Özgörkey's name comes as something of a surprise, but Aysal is confident he can do a job for the club. "Özgörkey has done good work in the past just like the other candidate, Alp Yalman. He is capable of managing Galatasaray. He knows well the club's needs. I talked to him and he prepared well and I wish him good luck" added Aysal. Speaking on the Arsenal match, Aysal said, "I hope we will achieve a good result in London. Our squad is very determined for this. As you see, I'm going with them. We will see a very good Galatasaray team on the field. I have no worries." Born in 1959, Cemal Özgörkey is one of Turkey's best-known businesmen. He took on managerial tasks in Coca Cola Türkiye. Since 1997, Özgörkey has been ruling the executive board in Özgörkey Holding. After a string of bad results, the Turkish giant organized an extraordinary general assembly on Sept. 18 and the Galatasaray administration decided to hold an early election between October 15-18.