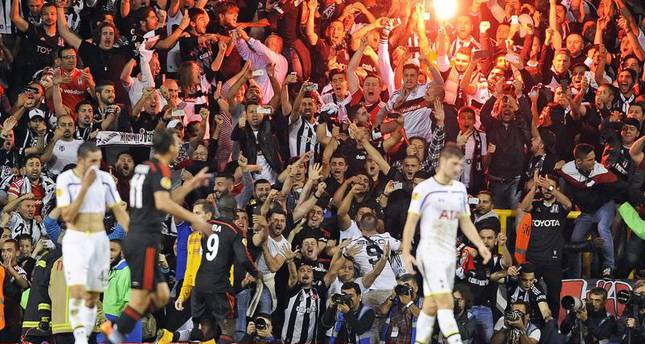 Away team Beşiktaş midfielder Olcay Sahan missed a great chance in the 2nd minute of the game, taking a shot from close range but seeing the ball shave the post.

Tottenham scored the leading goal when 21-year-old English forward Harry Kane made a low drive outside the area, 1-0. The ball went into the far corner.

In the 33rd minute, Olcay Sahan missed another great opportunity in the box when Spurs goalkeeper Lloris deflected the ball with his foot to the corner.

Kane's close range missile was denied by Besiktas goalkeeper Tolga Zengin in the 38th minute in was a great chance for Spurs.

In the 56th minute, Beşiktaş' Olcay Sahan attempted to score an equalizer, but Lloris deflected the ball to the corner.

In the 71st minute of play Kane shot towards the goal but Tolga Zengin saved it.

Five minutes later, Demba Ba missed a great chance in the box, with Lloris again making a crucial save.

In the 87th minute referee awarded Beşiktaş a penalty as Spurs' Romanian center-back Vlad Chiriches handballed in the penalty area.