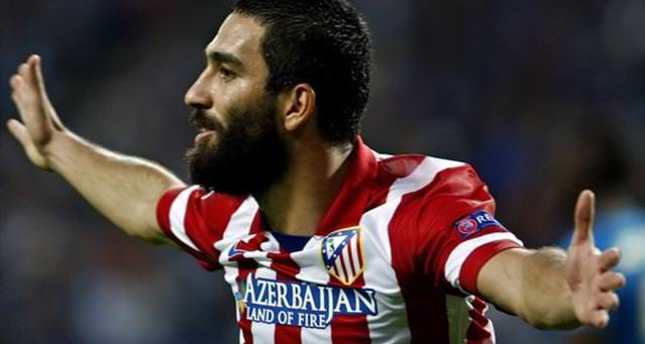 While Galatasaray lost 4-1 to Arsenal in Wednesday's Champions League match, Atletico Madrid got their Champions League campaign back on track as Galatasaray's former star Arda Turan's goal 15 minutes form time was enough for a 1-0 win over Juventus on Wednesday. Atletico Madrid coach Diego Simeone singled out Arda Turan as a "special" player after the Turkey midfielder fired the La Liga side to a 1-0 win at home to Juventus in Champions League Group A on Wednesday. A tight contest at the Calderon between the Spanish and Italian champions was settled when Arda poked the ball into the net in the 75th minute to put Atletico's European campaign back on track after they lost their opening game 3-2 at Olympiakos Piraeus two weeks ago. The heavily-bearded 27-year-old continued his penchant for scoring important goals having struck the winner in this month's 2-1 La Liga win at Real Madrid. "Arda is a special player," Simeone told a news conference, adding that they had practiced the move that led to the goal in training. Fullback Juanfran crossed from the right wing and although forward Mario Mandzukic was unable to get to the ball Arda was in the right place to score. "Juanfran did very well with the cross," Simeone said. "Mandzukic missed but Arda arrived as we had practiced." Arda joined Atletico from Galatasaray in his native Istanbul in 2011 and has become a huge favourite among Atletico fans and an important part of their success in recent seasons. A stocky player with superb ball skills, he has the creative spark that can open up stubborn defences and, as he again proved on Wednesday, the ability to score key goals. "I think when he plays in a free role he loses something but when he plays in a fixed position he is extraordinary because he has tactical talent," Simeone said. "He creates the perfect amount of time and space for the fullbacks to attack." Atletico's victory puts them back on track to qualify from a group that also includes Malmo. The Swedish side won 2-0 at home to Olympiakos to leave all four teams on three points from two matches.