Prandelli may resign after election for chairman 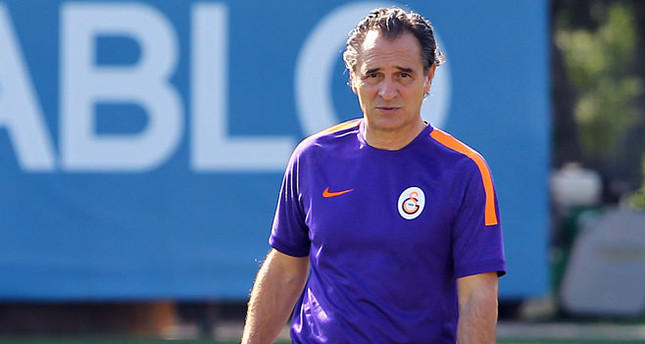 by Daily Sabah Oct 04, 2014 12:00 am
With Galatasaray's 4-1 away loss to Arsenal lessening their chances of proceeding to the next round of the Champions League, Italian coach Cesare Prandelli is expected to resign after the presidential election to be held in Oct. 25, according to Turkish media. Prandelli is known to have a close relationship with outgoing president Ünal Aysal. Aysal has already announced that he will not become a candidate in the elections. With bad results in both Turkey's Süper Lig and the Champions League, Prandelli has reportedly decided to wait until the elections before resigning.

Prandelli is believed to be planning his resignation following matches with Fenerbahçe on Oct. 18 and Borussia Dortmund on Oct. 22. It is understood that he has only shared his decision with his close circle. Prandelli would also like to defeat Kayseri Erciyes Sports Club in the upcoming away match and prove himself by defeating Fenerbahçe at the Türk Telekom Arena. Prandelli will presumably submit his resignation before the match with Başakşehir Sports Club the followign week.

In the meantime, Galatasaray's former president and presidential candidate Alp Yalman is said to be planning to bring in Mustafa Denizli as head coach, should he be elected. Meanwhile, Arsenal and Galatasaray are facing disciplinary action after supporters of the Turkish club lit red flares and threw them onto the pitch, briefly holding up play, in their Champions League group match on Wednesday. UEFA said in a statement that disciplinary proceedings had been opened against Arsenal for "insufficient organisation" and against their visitors for "crowd disturbances, setting-off and throwing of fireworks" during the Premier League side's 4-1 win.