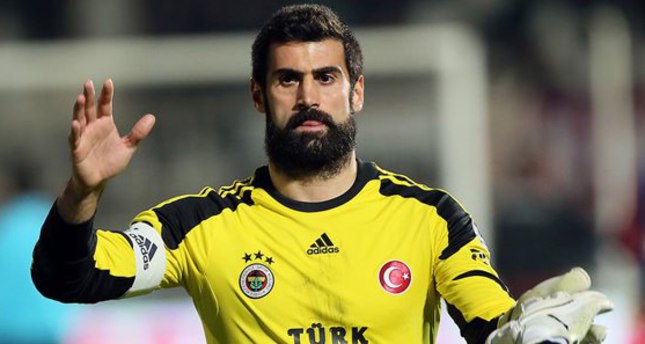 by Arda Alan Işık Oct 08, 2014 12:00 am
There is a popular quote about Turkish Football, which I believe summarizes the paradigm of football in Turkey: "No matter whether you play well or badly, if you are a big team, you need to win. That is winning culture"

We can argue against this paradigm by saying that "Do not we play football for joy? Is not the main goal playing well?" However, that is a different topic all together. Today, I would like to discuss the effects of this paradigm on Fenerbahçe.

Last year's champions were managed by Ersun Yanal, who was strictly against using primitive ways to achieve victory. Therefore, Fenerbahçe last year not only got wins but also played well. But at the beginning of this term he was unfairly forced to resign from his job. After his resignation, his assistant İsmail Kartal was appointed the new Fenerbahçe coach. Thus, the team was supposed to continue their positive football this year. However, Fenerbahçe is a completely different team from last year.

Despite beating Torku Konyaspor 2-1 on Saturday, Fenerbahçe's game in no way felt satisfying. Kartal's strategy, which is very similar to Slaven Bilic's, was to get the ball to two strikers via the wings, but the system lacked organization. Fenerbahçe's continuous but imbalanced pressure might help them score goals, but it causes problems elsewhere. If İsmail Kartal had come up with a more sophisticated system to get the ball to the strikers, it would have been a less stressful victory. There is also a vital problem about team format. Given that Fenerbahçe is using Pierre Webo and Moussa Sow together, there is unnecessary congestion in the forward positions, which results in a lack of control in the middle of the pitch, making it harder to find a decent passing option. The team is disproportionately distributed around the field, thus the only way to attack is long balls.

Just like Beşiktaş and Galatasaray, Fenerbahçe are having trouble with fundamentals. The fact their problems are so closely aligned means we can say a lack of fundamentals is the most crucial problem in Turkish football at the moment. Kartal is also trying to deal with these problems with primitive solutions. In conclusion, Fenerbahçe needs to remember their old systematic game in order to defend their title.

After the predictable loss against Arsenal, former football players - in other words, the usual suspects in the media - finally had a chance to furiously attack Cesare Prandelli and his reform plans for Galatasaray. Fanatik columnist Mehmet Demirkol even called him "Crafty Prandelli." Seeing as most former players are still obsessed with individual talent, they do not understand why Prandelli put his most effective player in front of the defense. What they are missing is that Galatasaray has much bigger concerns than Sneijder's offensive effectiveness.

Since the day he came into the job, Prandelli has made brave moves to carry Galatasaray forward. Unfortunately, because our former football players understand a brave move as playing with four strikers, they cannot understand what a brave decision it is to put Sneijder into the defensive midfielder position. Prandelli did it because Galatasaray was unable to carry the ball into the opponents half. It is impossible to score if you cannot get out of your own half and Sneijder is the only player who can cope with this problem. Selçuk İnan is so out of form and slowing Galatasaray's game. Despite his awful physical condition, it is incomprehensible why the media criticize his absence.

Fatih Terim was using Selçuk İnan as a tool to whitewash his organizational deficiencies. Rather than planning pass circulation among his players, he tasked Selçuk with creating everything. This plan was functional in the super-slow Turkish Super League, but now we see Terim's inability to create a strong national team. Thus, Prandelli deserves more time and credit.

"I don't want to sound big-headed but every team that comes here and gets a point thinks it is a good result. But we were excellent and the only thing I'm not happy with is the result. We were so good. I told them at half-time just keep passing it. It had to come."

Just as in the Fenerbahçe case, there is an inconsistency among expectations. Bilic expects his team to score but he believes individually created positions are enough to make it. Tottenham were awful on Thursday night; they changed almost the entire squad, and apparently Spurs' coach Mauricio Pochettino did not plan a certain strategy against Beşiktaş. Nevertheless, the only chances that Beşiktaş got derived from mistakes in the Spurs defense. Despite the "extraordinary" performance, Beşiktaş could not create a single organized attack.

However, Beşiktaş were on the verge of facing the realities of Bilic's illusion in the Balıkesirspor game. Despite the smart move from Bilic to start with both Jose Sosa and Oğuzhan Özyakup, Beşiktaş struggled to carry the ball into the opponents half. Yes, it is hard to play two games in four days. Yes, the national team break is around the corner and that could be decreasing the enthusiasm of players. Nonetheless, the opponent was out of balance and panicked but Beşiktaş could not make use of it.

Demba Ba's ineffectiveness also comes from this lack of organization. Bilic expects him to create magic on his own in the penalty box. If you do not supply Demba Ba in the box, you only get a scarecrow in there. Rather than using rush counterattacks, Beşiktaş should focus on building a system between Oğuzhan, Sosa and Demba Ba.

Despite their great performance, some players do not get sympathy from fans and Volkan Demirel is one of them. He overshadowed his performance with his behavior and statements. Still there is no goalkeeper in the Super Lig better from Volkan Demirel but also there is also no goalkeeper who talks more than him. When he focus on his game, he does a great job. Elsewhere, Tolga Zengin needs to be more determined when dealing with crosses. Sometimes he tries to punch crosses that he could easily hold. This feature makes him look like an amateur goalkeeper. By the way, Balıkesirspor's goalkeeper Emrullah made a wonderful save against Sosa's freekick.