Fenerbahçe aims to be biggest club with 1 million members 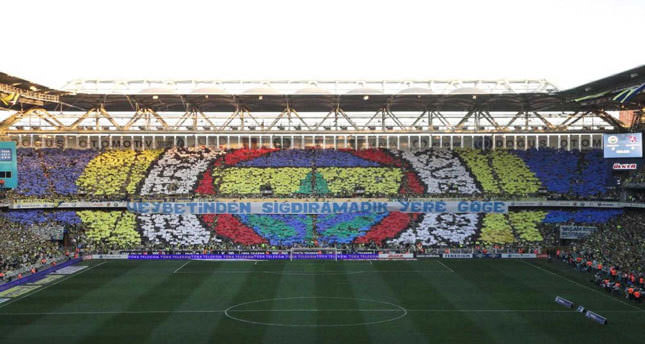 After troubled times following match-fixing allegations, Fenerbahçe are starting a new era with a challenging project. Fenerbahçe's President Aziz Yıldırım annouced the plan, called "The Target: 1 Million Members" with a spectacular ceremony organized in the Four Seasons Hotel, Istanbul on Wednesday night. Speaking at the presentation of the project, Yıldırım said they hoped to make Fenerbahçe the biggest club in the world in terms of membership numbers. He said, "Our aim is to make Fenerbahçe a strong and economically independent sports team. Fenerbahçe must be a democratic, independent and strong organization. This project is not a campaign but a sense of belonging. It is a right to speak for all Fenerbahçe fans. This project means to say 'I'm Fenerbahçe,' not 'I'm a Fenerbahçe fan'. 'The Target: 1 Million Members' is a manifesto in which all fans become partners in the club that is ruled as a pluralistic democracy. Fenerbahçe is too big to be content with just derby victories or championships. Its administration must be adjusted in accordance with its greatness."

He continued, "The "1 Million Members" project, Fenerbahçe fans - who are the real owners of the club - will be included in the administration. They can sign on every decision made with other congress members. Fenerbahçe's associations all around the world will become a branch of the club and every branch will be able to take part in the decision making process via their local represantatives. Thanks to our election system, delegates from every part of the country will be able to vote in the General Assembly. The club will organize elections with 50.000 members. This will be a model system. Fenerbahçe will not be a club in which only privileged people have a voice. Instead, every Fenerbahçe fan will be able to participate in the club's administration. We must create a Fenerbahçe which is economically strong. Since 1998, our member number has reached 20,000 from 6,300, our employees 900 from 100. Our sportsmen and sportswomen number has reached more than 2,000 from 400. Our budget is over $250 million (TL 569 million). If this historic project is carried into effect, the club will earn TL 50 million income ($22 million) in a year. With this income, our amateur branches and sports schools will add value to Turkish sports."

Aziz Yıldırım underlined that Fenerbahçe won't have adverts on the team's jersey after the project is put into effect. Important names from the sports club as well as luminaries from the world of art, business and sport attended the ceremony. After the speeches, Yıldırım handed out membership cards to the footballers of Fenerbahçe.