Beşiktaş goes from strength to strength with Demba Ba 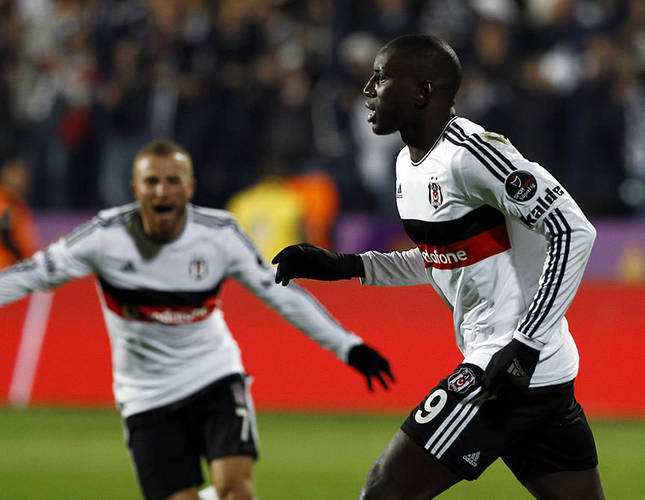 by Daily Sabah Oct 20, 2014 12:00 am
Beşiktaş striker Demba Ba admitted that he handled the ball when he netted his side's second goal in the 3-2 win over Sivasspor that sent them to the top of the Spor Toto Süper Lig.

The Istanbul side took the top place on Sunday night with the win, overtaking Galatasaray who had temporarily taken the lead in the league after beating Fenerbahçe 2-1 on Saturday.

Ba grabbed a double in the win, with Olcay Şahan scoring the other. Sivasspor had taken the lead five minutes before half time when Manuel Marouan Da Costa opened the scoring before the hosts were level 13 minutes after the restart. Ba netted seven minutes later to give Beşiktaş the lead, but the Senegalese star admitted that the goal should have been disallowed for a handball.

"We are very happy to have beaten Sivasspor," said Ba. "I really liked my goals, as any striker would, but my assist to Olcay was also nice. I enjoyed it and I am proud of my success. We did our best. I may have slightly touched the ball for my second goal, but we left here with the win," he said.

Hakan Arslan had looked to have secured a draw for Sivasspor when he netted 15 minutes from time, but Şahan snatched all three points for the Istanbul side, converting Ba's assist.

The Senegalese striker is already looking good value for money so far this season. After his 6 million euro move (TL 17.2 million, $7.6 million) from Chelsea, Ba scored a hat trick on his debut against Feyenoord in the second leg of the UEFA Champions League Third qualifying round, becoming the club's first player to score a hat trick in a European fixture.

Presently, the former Chelsea striker has six goals in nine matches.
Elsewhere on Sunday, Akhisar Belediyespor continue to keep pace with the big boys at the top of the table after they beat Kasımpaşa 2-0 at home. Uğur Demirok and Theofanis Gekas grabbed the only goals of the game in the second half to keep the minnows in third place, one point behind leaders Beşiktaş.

Trabzonspor grabbed their first win of the season after six games, beating Mersin İdmanyurdu 3-1 while Bursaspor and Eskişehirspor 2-2.