The Unbearable Lightness of Football 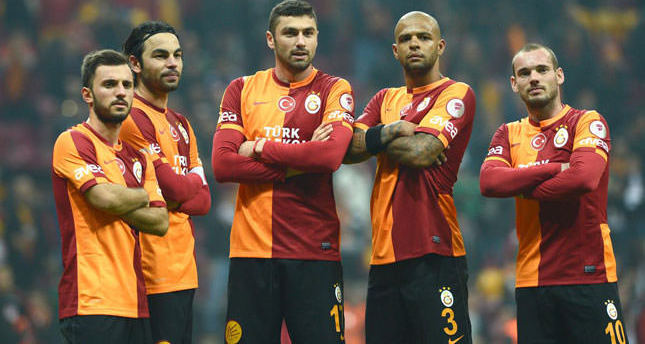 by Arda Alan Işık Oct 21, 2014 12:00 am
Sometimes football makes you throw away all of your systematic, strategic opinions about how to score or how to win. In these times all you can do is enjoy the moment rather than try to explain it. The mathematical imperfection of football is both a curse and a blessing, and Wesley Sneijder's perfect strikes at the end of the Fenerbahçe-Galatasaray derby were both.

First of all, we play football for joy, and that makes these moments blessings, but football is enjoyable when we are competing to win, thus we try to approach football in a logical manner, and that makes them curses. This is also the dilemma which industrial football has not dealt with yet. Fancy dribbles and artistic shots makes football more attractive, therefore clubs make money, but winning also makes money for them and the safest to way to "invest" in a win is approaching football in a systematic sense.

However, what is similarly tragic and ironic about the derby was that both teams just made things harder for themselves. Even though Wesley Sneijder got the win for Galatasaray, it was much easier to score, especially once Bruno Alves was sent off in the second half.

Firstly, the derby obviously had a different place in Cesare Prandelli's mind. He tried a more practical tactic than what he had in previous games. He put Wesley Sneijder on the left wing and Selçuk İnan on the right wing in the first half. He used these positions loosely, especially for Sneijder, to more easily create a fluid game. But against Fenerbahçe, he simplified his strategy to a wing game. Both Sneijder and İnan were functioning as catalysts when Galatasaray were attacking. They were simply fastening, at least trying to fasten, the offense.

On the other hand, a more tragic story is lying beneath Fenerbahçe's loss against its biggest rival. Former Fenerbahçe coach and one of the most successful Turkish coaches, Aykut Kocaman, said: "Players are not part of a stable form, thus it is quite hard for coaches to make substitutions. You need to think of the game as a whole. You need to think about the rest of the game, to make substitutions."

In this particular example, Kocaman actually indicates a more general problem for Fenerbahçe, and more precisely Turkish football. In the last three years, under the management of Kocaman and Ersun Yanal, Fenerbahçe changed its paradigm. Both Kocaman and Yanal were approaching football with a systematic view, thus Fenerbahçe were playing more as a team rather than a bunch of narcissistic players. Although, Turkish football media cheapens this game style by dubbing it a "passing game" (as if there is a football game which is played without passing), Fenerbahçe proved them wrong by qualifying for the Europa League semi-finals in 2013 and becoming champions in the Super Lig last season.

Despite most of the columnists praising Fenerbahçe's game in the first half, most of the positions Fenerbahçe got were derived from mistakes by the Galatasaray defense. All of the opportunities were the result of a counter- attacking game. Yes, they found opportunities and that is what a team looks for in a game but the creation of them was not sustainable. It is because Kartal wasted too many of his players trying to control Galatasaray's forward players.

The main mission of Raul Meireles, Emre Belözoğlu (Selçuk Şahin) and Mehmet Topal was not to carry the ball into the opponent's half, crippling Galatasaray's ability to attack. Only Meireles was assigned to play long balls to Emenike and it worked because of the huge gap between Galatasaray's midfielders and defenders.

Kartal should not waste his time trying create a game plan which concentrates on the mistakes which could come from the opponent's attacking will. He must design a self-sufficient strategy for Fenerbahçe in order to score. Because what Fenerbahçe is playing right now is not good enough for the higher levels of football.

It is the goalkeeper's curse that football is designed to score goals. Even if a keeper did everything right, he or she can still concede goals and that is what actually happened to Volkan Demirel on Saturday night. Maybe he was not in top form, but he did what a decent goalkeeper had to do against Galatasaray. Both of Sneijder's goals were unsavable and no one can blame Volkan for that.

On the other hand, Muslera sometimes struggled to hold long shots, but the rainy weather could have been the cause of that. However, I again liked his passing skills. Even if commentators said it is not new, Muslera was not using his feet that well in previous years.
Last Update: Oct 21, 2014 9:14 pm
RELATED TOPICS