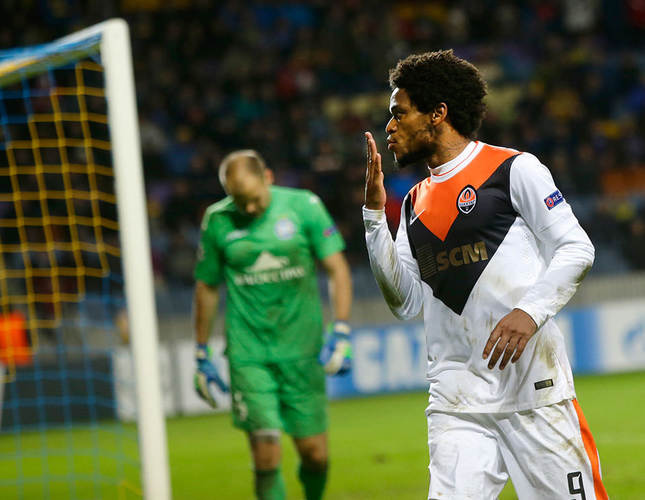 by Daily Sabah Oct 22, 2014 12:00 am
Bayern Munich of Germany scored 7 goals against the hosting A.S. Roma's single goal in last night's most anticipated group E match. The second match of the group was played in Moscow; CSKA Moscow closed the match with a 2-2 draw with England's Manchester City.

Ukrainian club Shakhtar Donetsk scored 7 goals in their away game against BATE Borisov of Belarus, breaking a record with scoring 6 goals in the first half of the match. Shaktar's Luiz Adriano broke another record scoring a hat-trick just in seven minutes, while equalizing Lionel Messi's record of 5 goals in a Champions League game.