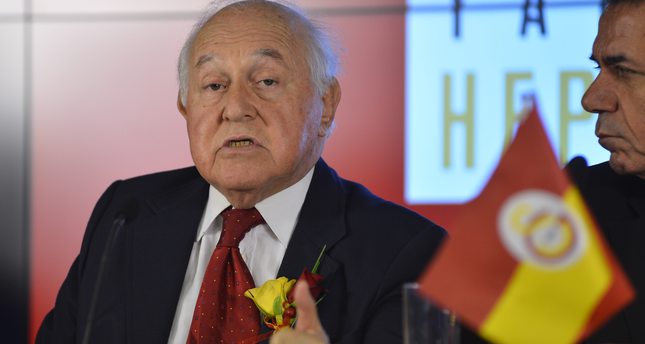 by AA Oct 25, 2014 12:00 am
Turkish jurist and academician Duygun Yarsuvat was elected as the new chairman of the Galatasaray Sports Club on Saturday.

The election was held in the club's extraordinary general assembly in Galatasaray High School, Istanbul on Saturday.

The 77-year-old Yarsuvat won the election with 1777 votes, while candidate Alp Yalman got 1566 votes.

Former chairman Unal Aysal has been president for the past three years.