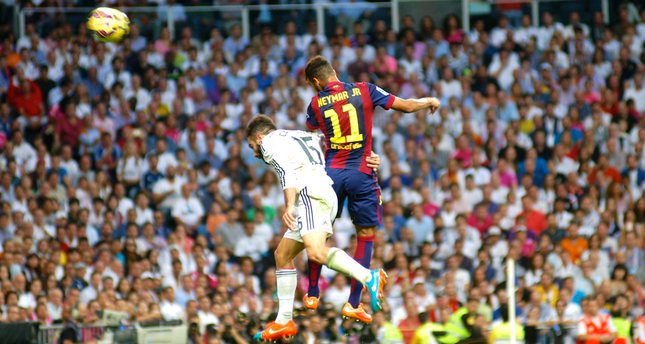 by Associated Press Oct 25, 2014 12:00 am
Cristiano Ronaldo scored to spark Real Madrid's 3-1 comeback win over Barcelona in a thrilling 'clasico' match Saturday in the Spanish league handed the visitors their first loss of the season.

The result spoiled a strong Barcelona debut by Luis Suarez, who played well in his first game since a four-month biting ban and set up Neymar to fire in a long strike for a fourth-minute lead at the Santiago Bernabeu Stadium.

But Ronaldo leveled from the penalty spot in the 35th to end Barcelona's record of eight clean sheets to start the season.

Pepe added a header to take the lead in the 50th, and Karim Benzema sealed the win in the 61st after having hit the woodwork twice.