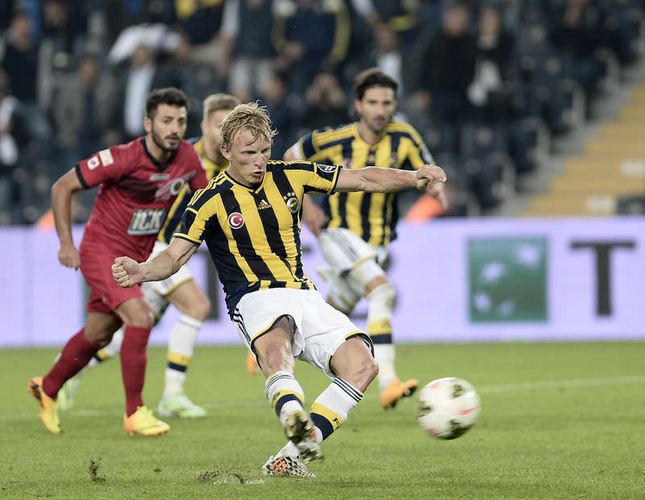 by Daily Sabah Oct 27, 2014 12:00 am
Fenerbahçe picked up their fourth win of the season on Saturday thanks to a pair of penalties, beating Gençlerbirliği 2-1 in Istanbul. The win put the Istanbul giants on 13 points and back within touching distance of the top of the table. Despite the three points, Fener rode their luck needing a pair of penalties from captain Emre Belözoğlu and Dirk Kuyt, whose winning effort came just four minutes from time. The win continues Fener's maddening inconsistent form with the reigning champions failing to knit together the same result twice in a row all season. The home side could have had a third penalty when Raul Meireles' early strike appeared to hit the arm of a defender. Soon after Gençlerbirliği could have taken the lead when Bogdan Stancu made his way deep into the Fenerbahçe penalty area but his effort sailed wide of the goal. Kuyt and Moussa Sow both forced impressive saves with headers in the first half. Early in the second half, Alper Potuk was brought down in the penalty area after a powerful strike before Emre stepped up to give the hosts the lead. Another stunning run from Potuk nearly drew another penalty but the midfielder was deemed to have dived. Moments later, heroics from Dusko Tosic kept Gençlerbirliği in the game with the defender clearing Sow's effort off the goal line. With Fenerbahçe dominating, the visitors struck on the break with Artun Akcakin netting a simple finish. Kuyt sealed the points four minutes from time from the spot.