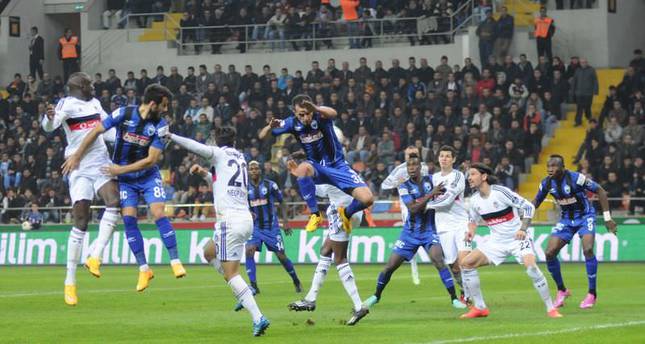 Beşiktas had led 2-1 with five minutes remaining thanks to two goals by Swiss-Turkish winger Kerim Frei. Erciyesspor's Portuguese central forward Edinho made the score 2-2 in the 89th minute of play.

The home team Kayseri Erciyesspor had taken the lead in the 54th minute thanks to Ghanaian center-back John Boye's goal.

Beşiktaş -- aka "Black Eagles" -- suffered their first loss for the first time in the Spor Toto Super League this season but remain leaders with a total of 14 points.

Beşiktaş regular Gökhan Töre was handed a red card in the game. He is suspended for the derby against Fenerbahçe next week.