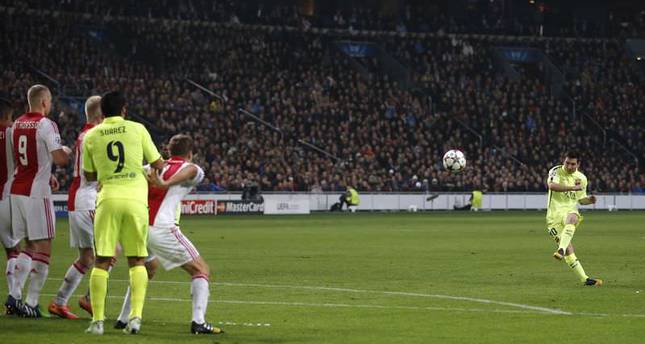 Messi's record-equaling effort came a night after Cristiano Ronaldo, who has scored 70 Champions League goals, failed to find the net in Real Madrid's 1-0 victory over Liverpool.

Messi opened his and Barcelona's account in the 36th minute with a header and doubled his tally to make it 2-0 in the 76th minute after a one-two with substitute Pedro Rodriguez.
Last Update: Nov 05, 2014 11:33 pm