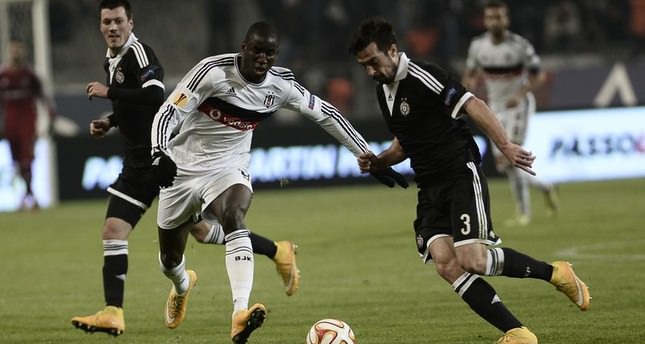 by Daily Sabah with Agencies
Nov 06, 2014 12:00 am
Turkish giant Beşiktaş continued its good form in the Europa League on Thursday with a 2-1 win against Partizan Belgrade, with two goals from Demba Ba. Beşiktaş is joint top of Group C with Tottenham, who beat Asteras 2-1 last night.

Meanwhile, Borussia Moenchengladbach went top of Group A with a 1-0 win at Apollon Limassol, while previous leaders Villarreal crashed to a 3-2 defeat at Zurich.