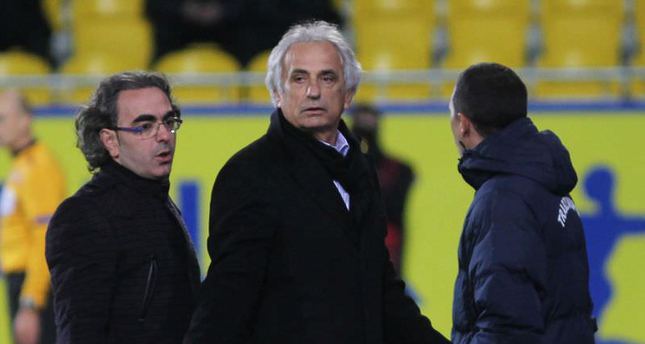 Trabzonspor have parted ways with coach Vahid Halilhodzic after the club's poor start to the season. The Bosnian lasted just 116 days in the job after joining the side following a successful stint with the Algerian national team, who he guided to the Last 16 at the 2014 World Cup. Former Fenerbahçe manager Ersun Yanal is currently the hot favorite to take the hot seat. He had previously worked with Trabzonspor in 2005-2006. However, his second term at the Turkish club was not been as succesful as his first with Trabzonspor enduring the worst start in their history in Spor Toto Super League.

The Bosnian's reign in charge got off to an inauspicious start when he told the administration "if you don't transfer at least 10 more footballers, I will quit."

Surprisingly Trabzonspor gave in to his threat and transferred 10 players and adding 12 newcomers. The transfers failed to pay immediate dividends as the club was only able to earn one victory and six draws in their first eight games of the season. Trabzonspor are currently ranked 12th in the league. In total, Halilhodzic's squad was only able to muster a 22 percent winning rate in 14 official matches and the club never win three matches conscutively. As of the eighth week in the Turkish top division, Trabzonspor are in 12th position with nine points. Meanwhile in the UEFA Europa League Group L, the "Black Sea Storm" are in second spot with seven points with two games to spare. The Bosnian's aggressive attitude also didn't sit well with the club and its supporters. He was benched three times by referees due to his rude behavior. Fans and the local media frequently called for his resignation throughout his brief tenure.

The club's administration got together with Halilhodzic on Saturday night and they mutually agreed on to part ways with the Bosnian picking up 1.6 million euros in compensation. Before dismissing Halilhodzic, Trabzonspor shook hands with Fenerbahçe's former coach Ersun Yanal and who has agreed in principle to take charge of the club. According to sources, Trabzonspor's board believe Yanal is the right man to replace Halilhodzic. The club's spokesman Yakup Aslan said in a press conference following a two-hour board meeting that the management agreed to start the hiring process for the new coach after the team parts ways with Halilhodzic in the upcoming days. Yanal enjoyed great success with Fenerbahçe, winning the league title last season.

As for the Super League, Fenerbahçe kept up their winning ways against Çaykur Rizespor, retaining their position at the top of the league. The points didn't come in an especially convincing manner, as they scraped past Rizespor 2-1 in the ninth week of the season. Fenerbahçe's Czech defender Mihal Kadlec had the ignominious honor of scoring at both ends of the field. Kadlec shocked his team-mates when put the ball into his own net but the goal forced Fener to increase the tempo. Fenerbahçe's Dutch star Dirk Kuyt missed a penalty in 26th minute. The goal that everybody was expecting was finally scored in the 41st minute. After Raul Meireles's corner kick, Kadlec scored in the right goal. The Yellow Canaries won the match thanks to Pierre Webo's goal in 80th minute. Fenerbahçe have won five matches consecutively on their own soil.