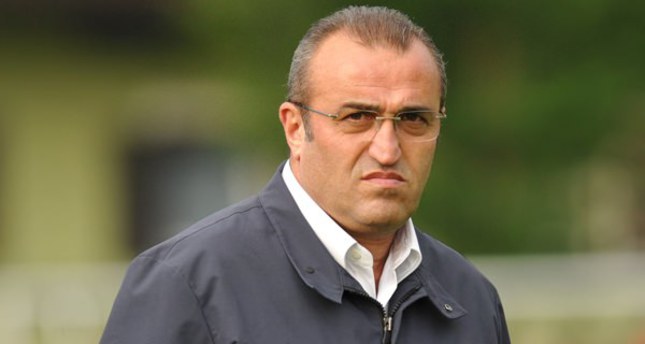 by Arda Alan Işık
Nov 11, 2014 12:00 am
Strangely enough, the best stories in the Turkish footballing world are about administrative machinations, rather than unforgettable games or the amazing moments of genius therein. Even though a few successful coaches and players have become idols in Turkish football, chairmen and other high profile executives are seen as the major actors on and off the pitch. Coaches and players are temporary, but executives are permanent. This actually stems from the hierarchical shape of the football club administration system in Turkey. Given that most of them are not managed professionally, people often look for a joker-in-the-pack to solve their problems. This joker, in other words, "abi" (which actually means big brother in Turkish) is expected to handle everything in the club without distributing power or focusing on one particular point. Otherwise, a club would look chaotic at every level of club life.

However, after the elections at Galatasaray, the club finally found its "Süper abi." Abdurrahim Albayrak was elected to straighten the club's chaotic situation and boost team morale. Thus, the very first thing that Abdurrahim Albayrak did was to bring Sabri Sarıoğlu back into the first team. The interesting point is, after Sabri's return, Cesare Prandelli said that it was not his idea to leave Sabri out of the team in the first place. Well, if a coach cannot say anything about whether a player can play or not, it means there is a serious administrative problem going on at that club. But the issue has not stopped at that point, Albayrak even put Sabri in the matchday squad against Kasımpaşaspor, despite his fours day of training with the team. This situation was not only desired by the Galatasaray administration but also yearned for by the Turkish football media. Seeing as Cesare Prandelli tried to create a reformist game strategy for Galatasaray at the beginning of his Istanbul career, some people saw his efforts as teaching new tricks to old dogs. The Turkish football media furiously criticized him for designing Galatasaray in an unusual way, because Prandelli tried to level up the game and they did not want to adjust to a harder game. Nonetheless, in the last two weeks, the Turkish football media's opinions about Cesare Prandelli has started to change. Given that most football columnists consider formation and strategy as the same thing, they say Prandelli found the right game plan by starting with a 4-4-2. But Prandelli's reconciliation with the football elite in Turkey did not only include a simple change in formation. In the last two weeks, especially after the humiliating Başakşehirspor loss, Prandelli changed his paradigm and focused on winning more than creating a sustainable strategy. Galatasaray started to get good results, but long term plans are offline at the moment. Galatasaray's weak performance against Karabükspor was not surprising. Despite the 2-1 win, Galatasaray could have created more opportunities against a defensive-minded opponent. When Wesley Sneijder was at the center of the game, it was much easier for them to carry the ball into the opponent's half and create opportunities. But neither Felipe Melo nor Selçuk İnan were good enough to organize Galatasaray's game. If putting Wesley Sneijder back into his original position, moving him away from the center of the game, was Cesare Prandelli's decision, I wonder why Prandelli did not use Blerim Dzemaili or Hamit Altıntop as central players. I have no doubt that Prandelli is trying to establish something, but some changes in the center of the pitch would be very helpful.

Not only has Cesare Prandelli's game worsened, but so has Fernando Muslera's. The goalkeeper has started to lose the qualities that marked him out at the beginning of the season. He didn't used to hit the ball thoughtlessly into the opponents half but Galatasaray's game needs chaos more than a controlled game nowadays. Thus, he plays a crucial role when constructing a strategy. If he throws the ball to the opponent every time, the whole plan would collapse.