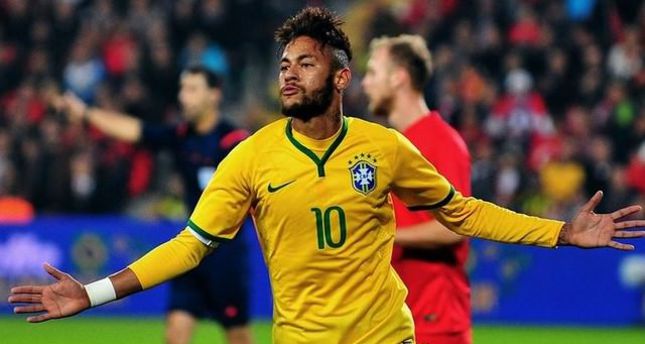 Turkey coach Fatih Terim called on his players and the football association to learn from Wednesday night's 4-0 humbling at the hands of Brazil. Brazil ran riot at Fenerbahce's Şükrü Saraçoğlu Stadium as Neymar grabbed a double, Willian netted before half time and Semih Kaya scored an own goal. While the event was something of a feast of Samba football, the Turkish crowd was left with little consolation from a deeply one-sided tie.

Turkey stumped up $5 million to entice Brazil to come to Istanbul, so it's no surprise that Terim has preached the lessons to be learned from the experience.

"Bad results like this can help us to see the facts," said the Turkey coach. "For example, Neymar wanted the ball even in the 90th minute. This is a mentality we must learn. I accept we should give applause to Neymar. However, we should also do it for our own players. This match is an important lesson for us."

"We must face the facts. We played against a perfect team. In the meantime, we had football fans watch a terrific team. We could have conceded more goals. Maybe we could have scored one or two goals. Brazil are one of the best teams in the world. They came from Japan and scored four goals there, too."

Turkey certainly ran into something of a buzz saw. Brazil have yet to lose since Dunga was rehired as coach after the World Cup, beating Colombia, Ecuador, Argentina, Japan, and, now, Turkey by a combined score of 12-0.

Brazil went at the Turks from the off with Oscar going close inside the first 10 minutes. The star man on show, Barcelona's Neymar, was a constant menace, rounding the goalkeeper in the 18th minute before sending a free kick just over the bar a minute later. Just moments after that, the Brazilian had the ball in the back of the net, expertly controlling a superb long ball from Fernandinho before knocking the ball past Volkan Demirel.

Just four minutes later, Brazil doubled their lead when the overlapping Danilo whipped a cross into the area that was poked into the goal by Turkey defender Kaya.

Arda Turan, Turkey's talisman, was able to get the crowd off their feet on the half hour mark when his curling effort demanded a full-stretch save from Diego Alves before Hamit Altıntop's cross was headed inches wide by Umut Bulut three minutes later.

With Turkey in the ascendency, Brazil made sure to crush the mutiny just before half time when Neymar danced into the penalty area before laying it off to Willian, who had the simplest of finishes. Neymar grabbed a second halfway through the second half as the Brazilians waltzed to victory.

Such was the mixture of adulation for Neymar and antipathy with the home side, the Turkish fans began cheering for the Brazilian forward while booing their own players, much to Neymar's delight and the consternation of the Turkish players. "I was really moved by that," Neymar said. "It's another stadium, another country that will be in my heart forever. "'I think I'm going through the best moment of my career. But I don't want to stop here. I want to keep getting better and better."

Altıntop reacted to the swearing, whistling and booing, saying, "We must accept that Turkish football has been experiencing a bad period. We are having a bad time. But to swear, insult, whistle, boo our own footballers does not befit the Turkish nation's dignity."

Turkey now look forward to a matchup against Kazakhstan on Sunday as they look to resuscitate their flailing Euro2016 qualifying campaign, which so far has yielded just one point from three games.

On the Kazakhstan match, Terim said, "We will play an important game on Sunday. We should not hurt our footballers now. They may play badly, I may train badly. When the ball comes to our footballers' our spectators boo them. On the other hand, they give a standing ovation to our rivals, Brazil. It's wrong. It'll be better for us to support our footballers."

There was some comic relief to the evening's events. On the FIFA website, goalkeeper Volkan Demirel's name was spelled "Süleyman Demirel," which is the name of the former prime minister and ninth president of Turkey. Semih Kaya's name was written as "Suat Kaya." Even French agency AFP made the same mistake in its wire story.