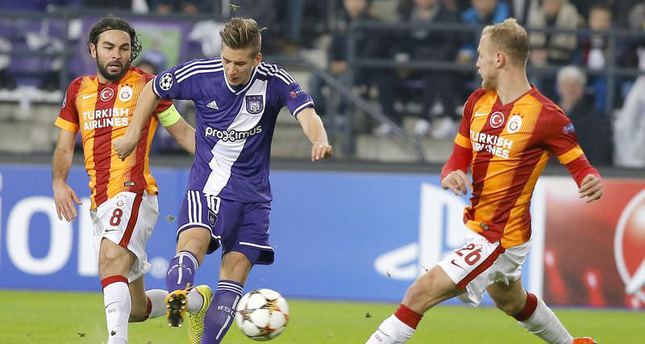 by Associated Press
Nov 27, 2014 12:00 am
Chancel Mbemba scored twice to give Anderlecht a 2-0 victory over Galatasaray on Wednesday, assuring the Belgian champion of third place in Champions League Group D and a place in the Europa League next spring.

Mbemba put Anderlecht ahead in the 44th minute when he latched on to a cross and beat Fernando Muslera with a powerful header. He made sure of the victory in the 86th minute with a tap-in after Muslera failed to control a free kick.

In the battle of Group D's bottom teams, victory gave Anderlecht five points and an insurmountable four-point lead over the Turkish club with one only game remaining.

In the other group game, Arsenal beat Borussia Dortmund 2-0, a result that denied Anderlecht at shot at second place in the last match.