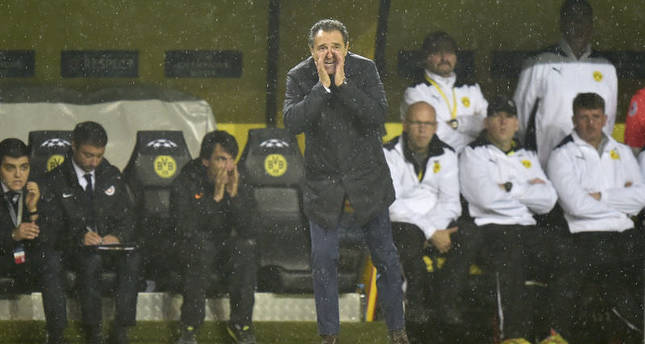 by Daily Sabah Nov 27, 2014 12:00 am
Turkish giant Galatasaray has officially parted ways with Italian coach Cesare Prandelli as a consequence of the club's recent disastrous run of results.


Galatasaray deputy president Abdurrahim Albayrak said on Thursday that the club decided to cancel Prandelli's contract after the club's 2-0 loss to Anderlecht that eliminated the team from the Champions League. Galatasaray also failed to qualify for the Europa League.
As some of the Turkish coaches have been mentioned as possible replacements for Prandelli, goalkeeping coach Claudio Taffarel will manage Galatasaray on a temporary basis.

Prandelli has been under fire since the team lost their last five away games in the Champions League and six of their league games, while conceding eight goals in their two away games so far this season.

Prandelli had arrived at the club only in July, succeeding fellow Italian Roberto Mancini, after failing to steer Italy into the knockout stages of the World Cup as national manager.