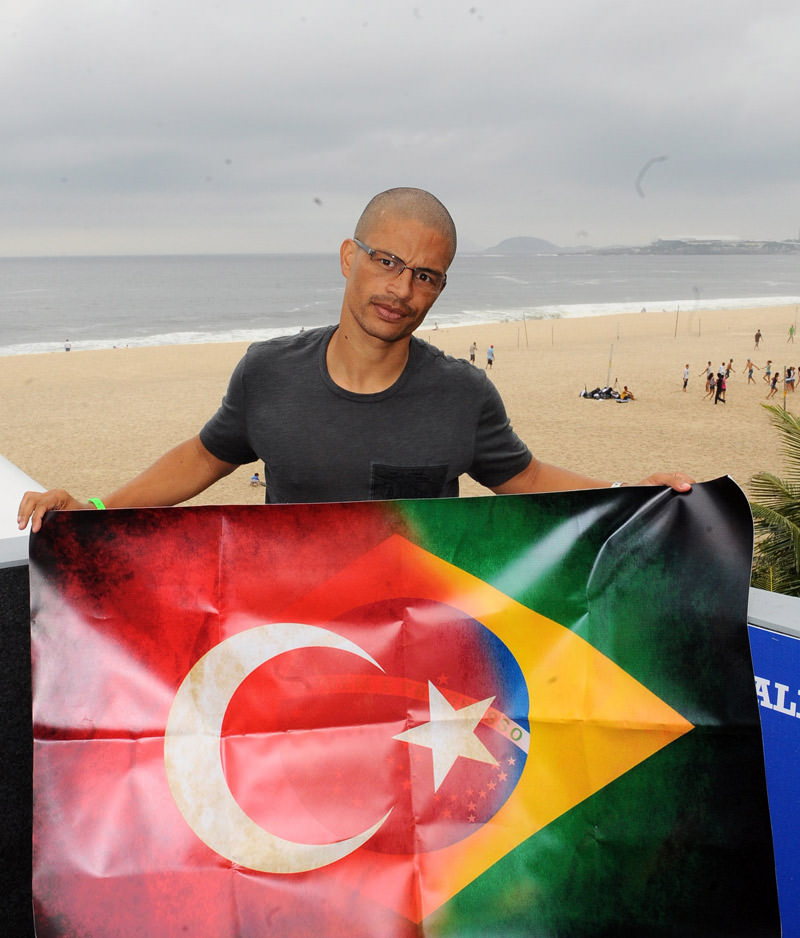 by Daily Sabah Dec 07, 2014 12:00 am
Turkish football club's former Brazilian star, Alex de Souza, said farewell to football on Sunday. He was the captain for Fenerbahçe and became a legend after playing eight seasons in the club. He was wearing Brazilian club Coritiba's jersey and his last match was played against Bahia in the Brazilian Serie A league. In his farewell message, de Souza said, "I thank all my fans for whose teams I played for."

Alexsandro de Souza, commonly known as Alex, was born on Sept. 14, 1977, in Curitiba, Brazil. He is a former captain of the Brazilian national team and Fenerbahçe who has also played for Coritiba, Palmeiras, Flamengo and Cruzeiro in Brazil and Parma in Serie A. Alex first played professionally for Coritiba, a Brazilian football club from the state of Parana, where he stayed from 1995 to 1997.

He had the best performance in his career at Cruzeiro. There, he made team captain and wearing jersey number 10, he led his team to win the Brazilian Triple Crown: The State Championship, the Brazilian League and the Brazilian Cup. Alex was then sold by Cruzeiro in 2004 for 5 million euros to Fenerbahçe. He became Fenerbahçe's captain after the team's captain, Ümit Özat, was transferred to Köln. After Fenerbahçe's league title for the 2010-2011 season, Alex won the golden boot award with 28 goals for the season, nine more than second place Burak Yılmaz.

On Sept. 15, 2012, while Alex was still under contract with Fenerbahçe, a fan-funded statue of the player was unveiled in Kadıköy Yoğurtçu Park. Alex's last appearance for the club came on Sept. 29 while playing the first-half of a 2-0 defeat to Kasımpaşa in the Süper Lig. After a rift with coach Aykut Kocaman over the team's system, his contract with Fenerbahçe was terminated on Oct. 1.

He concluded his impressive career in Turkey with 136 assists and 171 goals in 341 games. After Fenerbahçe, Alex joined Brazilian club Coritiba on Oct. 18, 2012, for an undisclosed fee.