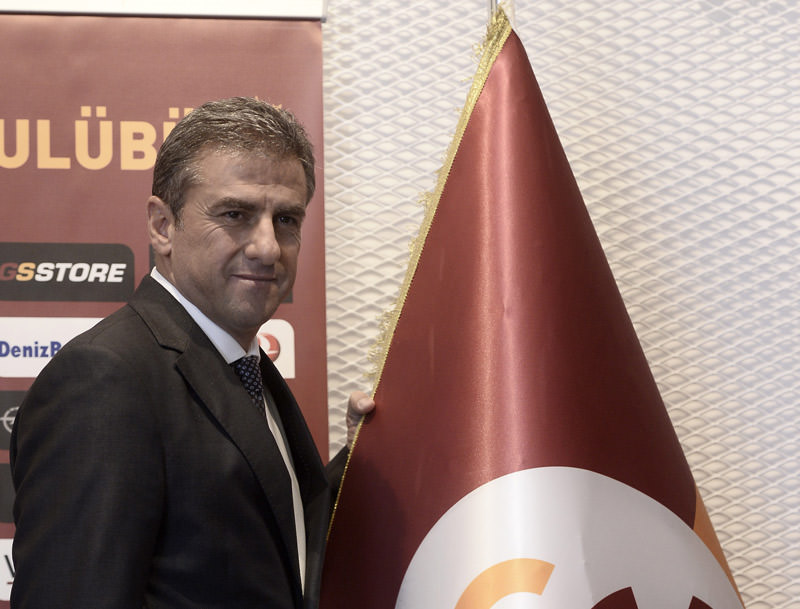 Hamza Hamzaoğlu collected his first league win as Galatasaray coach on Saturday as Burak Yılmaz netted twice in a 2-1 win over Akhisar Belediyespor. In his second game after replacing Cesare Prandelli as manager, Cimbom picked up a relatively comfortable win that helps Gala keep the pressure on at the top of the table. Theofanis Gekas continued his good scoring form for Akhisar but his late goal with five minutes remaining proved only to be a consolation goal. Despite collecting a win in his first game as a coach of a major club, Hamzaoğlu hardly seemed overawed or overexcited, calmly talking to players on the sidelines after goals were scored as well as criticizing his team for not being more disciplined. "Defensively, we need to be better controlled," said the former Turkey assistant coach. "No matter what the score is on the field, even if we are 4-0 up, we cannot afford to lose our way. We have to play in a more disciplined manner and we need to be a little more lively going forward," he added.

Hamzaoğlu does not boast a long and storied management career, but his longest tenured management position came for Saturday's rivals, Akhisar. The coach was the manager of Akhisar between 2011 and 2014 before becoming assistant to Fatih Terim with the national team. Despite the obvious joys of winning, Hamzaoğlu was a little disappointed it had to come at the expense of his old team. "I'm at the team of my dreams and I'm very happy," said Hamzaoğlu, adding, "But I had a lot of pleasure being manager of Akhisar; there was a lot of complex emotions, I spend many hours with friends at the club, shedding sweat for success. I'm happy with their success."

Burak Yılmaz was Hamzaoğlu's hero of the day, scoring in the 14th minute and the 75th minute to grab the win before Gekas' consolation goal, his 10th of the season to keep him sitting pretty at the top of the scoring charts. Moreover, Galatasaray players argued with the referee after the goal, saying that Akhisar Belediyespor winger Saidi Ntibazonkiza's tackle before the goal was illegal. After the game, Galatasaray fans applauded the team's new manager, and the win at home put the "Lions," with 25 points in total, at the top of the league table.

Elsewhere, Fenerbahçe scrapped a 1-0 away win over Balıkesirspor thanks to an own goal by Emrullah Salk. Raul Meireles forced the goalkeeper into the error after his shot received a heavy deflection, but it was enough to keep Fener top of the table overnight. The Yellow Canaries now have 24 points and the Istanbul club is temporarily the leader of the Turkish league.

Genclerbirliği picked up just their second win in eight games as they defeated Gaziantepspor 2-0 at home. Gbenga Arokoyo gave the home side the lead after 68 minutes before İrfan Kahveci netted two minutes later to put the game out of sight.

High-flying Mersin İdmanyurdu were unable to keep up the pressure on the big boys as they went down 2-0 to Konyaspor with Selim Ay and Hasan Kabze scoring in the 66th and 70th minutes respectively. Mersin played the last 13 minutes with 10 men after Murat Ceylan was red carded.