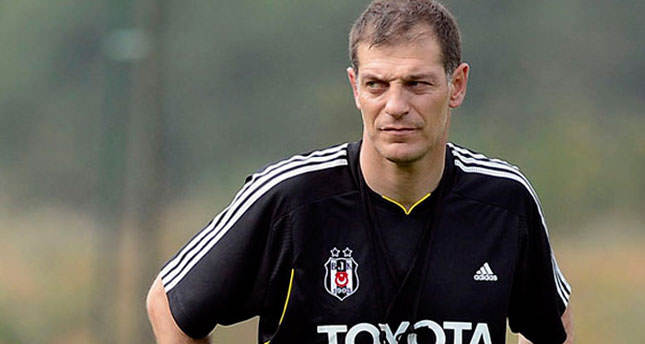 by Daily Sabah Dec 11, 2014 12:00 am
Beşiktaş will be looking to preserve their recent impregnable home form in European competitions when they take on Tottenham Hotspur in the UEFA Europa League today.

The Black Eagles have won their last five European home games as well as their last four domestic games, giving the team a valuable confidence boost ahead of the clash against a top Premier League side they almost defeated earlier in the competition. After a 1-1 draw in London, the Eagles are looking to secure the top spot in Group C where they sit two points behind Tottenham, who lead the group with 11 points. Beşiktaş need to score at least two goals to outdo Tottenham while the London side will try to continue its unbeaten streak.

Both teams will miss several players. The home side will be without Senegalese star Demba Ba, who suffered a toe injury in a league match at the weekend. Ba is a key player for Beşiktaş with 15 goals in 17 games. Emmanuel Adebayor will be a no-show for the game as Tottenham announced that the Togolese striker had to return home "for personal reasons." For Beşiktaş, Thursday's game could either add to the victories gained against foreign teams in Istanbul or the shorter list of defeats, the latest being in 2012 to Atletico Madrid. The Eagles were last paired with Tottenham in the Europa

League eight years ago with the English side defeating Beşiktaş 2-0 in Istanbul.

Speaking at a press conference yesterday, Beşiktaş coach Slaven Bilic told reporters that it will be a tough game and they will act with extreme caution, noting the injuries among the team. He complained about the busy domestic league schedule and injuries to Ba, Mustafa Pektemek and Tomas Sivok, but added these will not daunt them still. "We will not jump off the bridge just because we have problems," Bilic said.