Wesley Sneijder in talks to sign for Manchester City 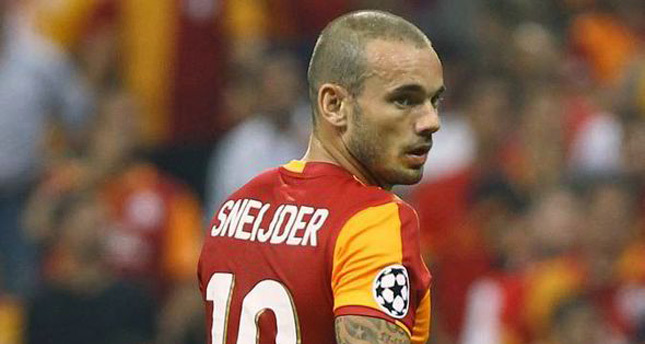 by Daily Sabah Dec 18, 2014 12:00 am
Wesley Sneijder could turn his back on a reunion with Louis van Gaal at Manchester United and instead join their noisy neighbours Manchester City. The Netherlands international wants out of current club Galatasaray and is keen on a January move to the Premier League. United boss Van Gaal is desperate to bolster his injury-stricken squad in the new year and is understood to be interested in a deal to bring his Dutch compatriot to Old Trafford. However his hopes of landing Sneijder may have been dealt a blow, with reports suggesting the 30-year-old is in talks to join United's local rivals City.

According to The Sun, Sneijder's agent, Guido Albers, held talks with City bosses in Manchester yesterday in an attempt to strike a deal. Turkish giants Gala are in the midst of a financial crisis and are willing to accept a cut-price 9 million pounds for their star midfielder. Newly appointed chairman Duygun Yarsuvat has been handed the task of easing the club's precarious financial position. Sneijder's current contract contains a 12 million pounds release clause - but Gala will allow him to leave for much less in a bid to get him off the wage bill. The former Real Madrid and Inter Milan man currently pockets 2.7 million pounds a year tax-free at Gala. United and Southampton - who both have Dutch managers - are among the sides to have been contacted about the possibility of taking Sneijder next month.