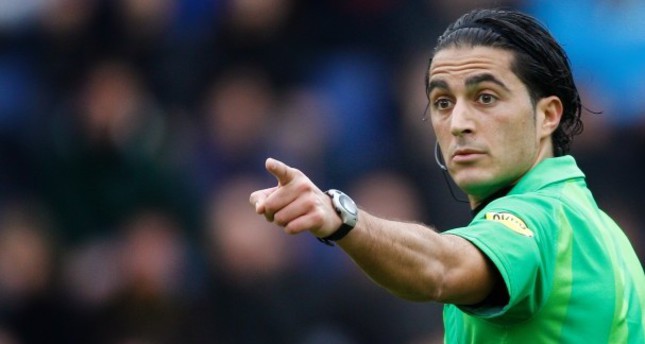 Serdar Gözübüyük, a Dutch professional football referee of Turkish descent, has been named the best referee in 2014-2015's first half season in the highest echelon of professional football in the Netherlands, known as the Eredivisie, according to a survey conducted by the 'Voetbal International' web-site.

Gözübüyük, born 29 October 1985, is the youngest Dutch international referee ever and has been chosen in the Netherlands as the "referee of the year" for the past two years. Gözübüyük has also officiated in FIFA qualifiers. He started his referee career in 2001.

Alongside his referee job, Gözübüyük also gives courses on 'making quick decisions under pressure' and 'managing psychology' in such circumstances.