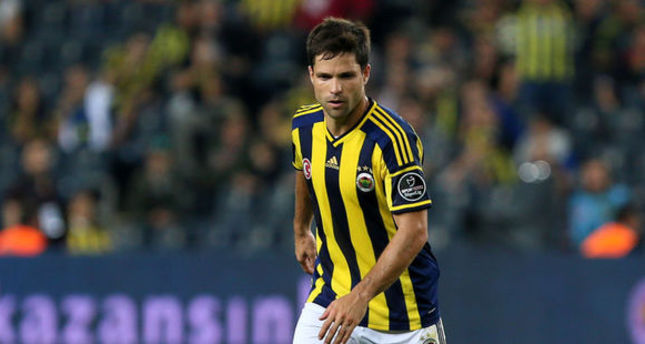 by Kenny Laurie Dec 29, 2014 12:00 am
Fenerbahçe Manager İsmail Kartal believes his side could have won by more after their 1-0 victory over Mersin idmanyurdu.

The win gave Fener the lead in the Spor Toto Super Lig overnight on Saturday and was their fourth straight home win.

Although Mehmet Topal grabbed the all-important goal, Diego was guilty of missing a penalty while the team missed a number of chances to increase their lead and help with future goal difference.

"My players struggled in the best possible way during the match," said Kartal. "We could have won more easily. But I thank my players anyway. The three points is our New Year's present to our fans.

"Our first penalty taker is Emre. The second is Dirk Kuyt. But if Emre wanted Diego to kick the penalty shot, we can't interfere because he is our captain."

Considering the patchy form Fenerbahçe has suffered this season, winning by just one goal is still something of a success. But goals continue to be an issue.

Both Pierre Webo and Emmanuel Emenike have struggled with injuries and the club is considering bringing in new players once the transfer window opens in the New Year. Currently Moussa Sow is the club's only viable striking option.

Although Diego's penalty miss didn't change the outcome of the game for Mersin, their goalkeeper Nikolay Mihaylov accused Diego of diving to win the penalty and said that his team didn't deserve to lose the game.

He said, "I touched the ball first and later Diego. It was not a penalty. Diego knows how to throw himself onto the ground. However, he missed the penalty. I guessed which corner he would shoot the ball to and jumped to that corner. The game was very difficult for us. But we played very well and did not deserve to be defeated."

Elsewhere, Istanbul Büyükşehir Belediyespor defeated Erciyespor 3-1 with Alexandru Epureanu, Doka Madureira and Jeremy Perbet getting on the scoresheet. Aranldo Edinho had pulled Erciyesspor to level in the 46th minute but it wasn't enough for the strugglers. Istanbul Büyükşehir Belediyespor's rise continues as they now sit in fourth place after their fourth straight win and their fifth win in a six-game unbeaten spell. Erciyesspor still languishes in the lower reaches of the table.

Balıkesirspor picked up a valuable win against Kardemir Karabükspor, grabbing all three points thanks to Gökhan Ünal's 90th minute winner.

On Friday, Galatasaray dropped points against Gençlerbirliği, drawing 1-1 after Emre Çolak had given the Istanbul giants a 1-0 lead.

Elsewhere, interest is hotting up for Bursaspor midfielder Ozan Tufan with clubs from Turkey, Italy, England and Germany keeping tabs on the 19-year-old.

Tufan is believed to be being chased by AC Milan and Lazio but he has his heart set on Fenerbahçe and a place in a Champions League squad.