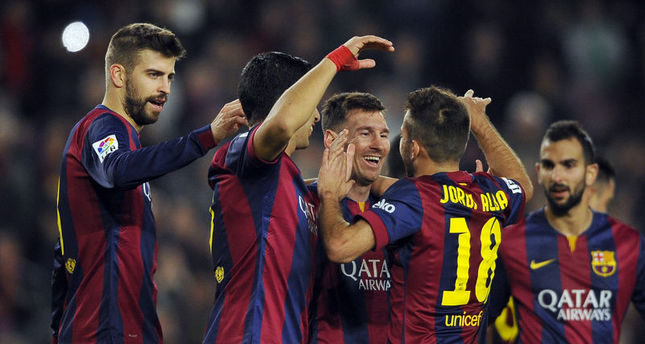 by Dec 30, 2014 12:00 am
The Court of Arbitration for Sport on Tuesday upheld a one year transfer ban against Spanish football giants Barcelona for breaching rules on signing under-18 players.

The court said in a statement that it had "dismissed" an appeal made by Barcelona. The club is now banned from buying players during the transfer window that opens on January 1 and for the summer transfer period before the 2015-16 season. Barcelona was also fined 450,000 Swiss francs ($455,000, 375,000 euros).

"The Panel found in particular that FC Barcelona had breached the rules regarding the protection of minors and the registration of minors attending football academies," said the statement.