2014: Year of the retired football legends 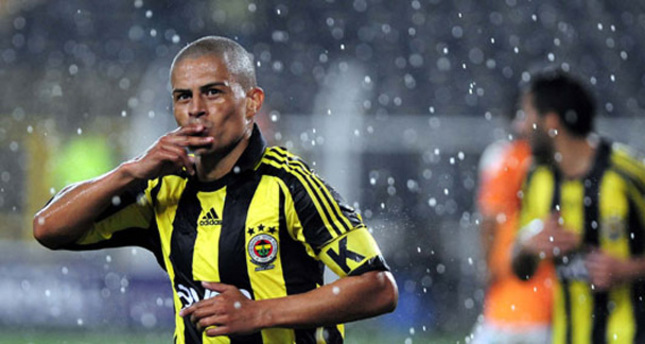 As the New Year begins, what better way is there to celebrate than by paying tribute to a selection of established names in football who retired from the sport in 2014

From Thierry Henry to Javier Zanetti, it seems that 2014 was the year of "The Retiring Football Legends" with a host of respected names in the game calling time on their illustrious careers. They were all world class players. They represented, transformed and expanded the game and seized the imagination of the world - often on the biggest stages. Most of all they have acted as an inspiration to both fans, and amateur and professional players, inspiring millions to follow, play and learn the game. Here they are:

Thierry Henry: Arsenal's record goalscorer ended his 20-year playing career on Monday. The Frenchman started out with Monaco before joining Juventus, Arsenal, Barcelona and New York Red Bulls. Henry's career will mostly be associated with Arsenal, though, where he scored 228 goals in 377 games across two different spells.

Javier Zanetti: Inter Milan legend Zanetti announced his retirement from football at the end of last season, having played 862 times for the Italian giants since his 1995 move from Banfield in Argentina. Argentina's most capped player (145 apps) won five Serie A titles at Inter and the 2010 Champions League as part of a treble under Jose Mourinho. Known as something of an ironman during his career due to his unblemished injury record, longevity and baffling consistency.

Carles Puyol: Regarded by many as one of the best central defenders of recent times, Puyol finished on 100 caps for the Spanish national team and spent 10 years as the captain of Catalan giants Barcelona. The 36-year-old's honors list includes six La Liga titles, three Champions Leagues, two Copa del Reys among many others as well as a World Cup win and two European Championships.

Gabriel Heinze: Although many of you will question Heinze's inclusion on a list of football legends, his CV is impressive with notable spells at PSG, Manchester United, Real Madrid, Marseille and Roma. Capped 72 times by Argentina, "El Gringo" won three major titles with United and Real Madrid, making a career appearance total of 404 games.

Mauro Camoranesi: Argentine-born Italian winger Camoranesi played in South America but will be best remembered for his time at Juventus where he became a household name. One of the only Juve players who stayed at the club despite their relegation to Serie B, the 2006 World Cup winner made 55 appearances for Italy.

Clarence Seedorf: The Dutch midfield maestro is the only man to have won the Champions League with three different clubs - Ajax, Real Madrid and AC Milan. Seedorf spent 10 successful seasons at the San Siro with Milan before joining Botafago for two years.

Juan Sebastian Veron: Manchester United (28.5 million pounds) and Chelsea (15 million pounds) fans will remember Veron for all the wrong reasons after his unsuccessful spells with them in the Premier League. However, at the turn of the millennium he was considered one of the finest midfielders in Europe and helped Lazio win a treble in 2000.

Rivaldo: Brazil star Rivaldo continued playing up until the age of 41 and has played in a number of leagues since leaving AC Milan in 2004. He'll be best remembered for pretending to be hit in the face in the 2002 World Cup, an incident which tainted a series of magnificent performances from the playmaker on Brazil's road to victory.

Juninho: Type in "Juninho" on YouTube and a long list of stupendous, unbelievable and astonishing free-kicks will come up. The 39-year-old's time at Lyon is what he'll be most remembered for, winning seven consecutive Ligue 1 Championships before moving to the MLS and more recently Qatar.

Eric Abidal: Former Barcelona defender Abidal was diagnosed with liver cancer in 2011, but still managed to remarkably continue his career into his mid-30s. Abidal amassed 445 appearances as well as winning seven league titles and two Champions League trophies. He announced his retirement in a press conference with Olympiakos on Friday.

Alex de Souza: Turkish football club's former Brazilian star, Alex de Souza said farewell to football on Dec. 7, 2014. He was the captain of Fenerbahçe, and became a legend after playing eight seasons in the club. He was wearing Brazilian club Coritiba's jersey in his final game, and his last match was played against Bahia in the Brazilian Serie A league. Alex de Souza said in his farewell message "I thank all my fans for whose teams I played for." On Sept. 15, 2012, while Alex was still under contract with Fenerbahçe, a fan-funded statue of the player was unveiled in Kadıköy Yoğurtçu park. He concluded his impressive career in Turkey with 136 assists and 171 goals in 341 games.