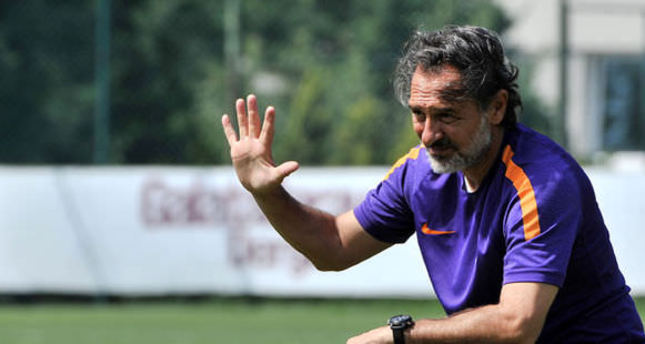 by Daily Sabah Jan 03, 2015 12:00 am
Galatasaray have paid their former manager Cesare Prandelli the latest two payments of his severance package, preventing the Italian from taking action against the club at FIFA. The Italian coach, whose contract with Galatasaray was terminated by the team on Oct. 28, 2014, announced that he would file a complaint to FIFA if the club did not pay all the money he was owed up to the New Year. Galatasaray paid October and November payments to Prandelli. The administration of the club paid 350,000 euros to the Italian coach and the crisis seems to have settled down, for now. However, Prandelli can still apply to FIFA despite the payment. It is not certain whether Prandelli will apply to FIFA or not.

Prandelli had been blamed for the club's poor performances in the first half of this season. The Istanbul giants gave the top job to their former player and Turkish national team head coach Fatih Terim's assistant Hamza Hamzaoğlu. The team have struggled in the domestic league and in the UEFA Champions League so far this season, with Galatsaray conceding four goals to their opponents in over half of their Champions League games. The first blow to the Yellow-Reds came from the league's underdogs Balıkesirspor, before they were beaten by Arsenal 0-4 in a Champions League group match as well. Unfortunately, the slump did not stop there. Galatasaray were then defeated by Dortmund 4-0 in Germany, and just four days later they lost again 4-0 to a middle-table Istanbulite team, Istanbul Başakşehir. Galatasaray were eliminated from the Champions League after losing 2-0 to Belgian club Anderlecht after home and away humblings by Dortmund and Arsenal.

Another one of the Turkish giants, Beşiktaş, experienced a difficult legal process with their ex-coach Spanish Vicente Del Bosque in a case in 2007. They had had to fork out 6.7 million euros to del Bosque and his staff for dismissing them. Besiktas sacked the Spaniard and his staff without paying any compensation. However, a Swiss high court ruled that Beşiktaş must pay the former Real Madrid coach compensation.