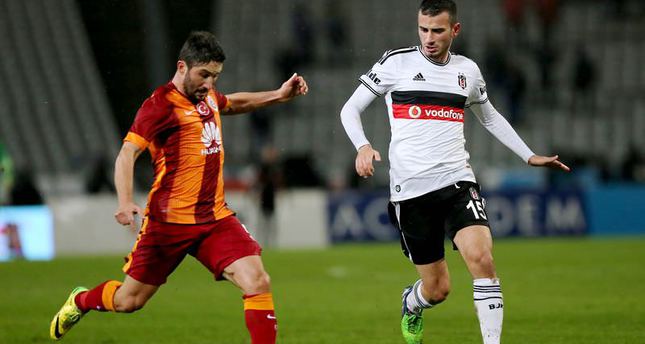 by AA Jan 05, 2015 12:00 am
Galatasaray defeated Besiktas on Sunday on Week 16 of Turkey's first division Spor Toto Super League, with the latter giving up the leadership seat to its rival in their last game in the first half of the season.

Istanbul-based "Lions" beat rival "Black Eagles" 2-0 and the two goals came in the second half of the match by Felipe Melo (Min. 50) and Burak Yilmaz (Min. 62).

The team took the lead with Melo finding the net after a corner kick and the second goal came in extra time by Yılmaz who scored following a long run that began from the midfield.