Beşiktaş dominant in away games 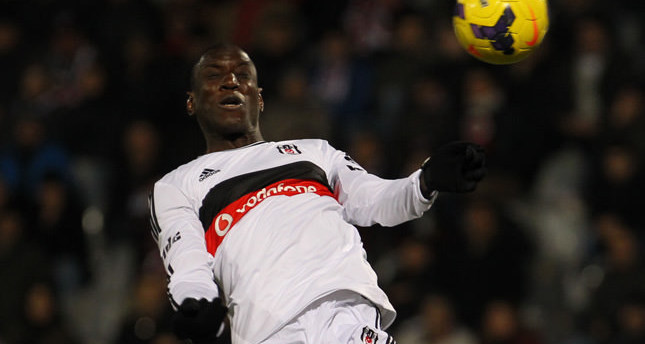 The Black Eagles beat Gençlerbirliği 2-0 in Ankara meaning the Turkish powerhouse have now won 24 away points out of 27 this season. Coach Bilic joked “Everywhere is away to us. Because we haven’t got a stadium”

Beşiktaş beat Gençlerbirliği 2-0 at the Ankara 19 Mayıs stadium to move back into second place, just one point behind leaders Fenerbahçe. Beşiktaş have won 24 away points out of a possible 27 so far this season with the Black Eagles winning eight out of their nine games on the road.

Beşiktaş manager Slaven Bilic told reporters after the game that his side have technically played all of their games away from home, considering their current stadium is being rebuilt. "We have actually played 17 away games, all our matches have been on the road this season as we do not have a stadium but we have been doing well in the games that are technically away," Bilic said.

The İnonü stadium is currently being rebuilt. The new Vodafone Arena will be a state of the art, 41,903-seater stadium. The Black Eagles have played in five different stadiums this season in three different cities. The Atatürk Olympic Stadium, Başakşehir Stadium and the Recep Tayyip Erdoğan Stadium in Istanbul. Beşiktaş have also played games in Konya and Ankara.

As for the game, Kerim Frei, Demba Ba and Olcay Şahan shined in a simple win. Demba Ba scored his 18th goal of the season in style when he curled the ball into the back of the net from a set piece on 69 minutes. The goal was the Black Eagles' second from a direct free-kick this season. Ba took three shots on target and completed one successful dribble over the 90 minutes.

The 29-year-old has hit the ground running since joining in a 5.2 million pounds move from Chelsea this summer. Ba already has 18 goals and two assists in 23 appearances. Ba has nine Super League goals this season, making him the fifth highest goal scorer in the league. Olcay Şahan scored the Black Eagles' second goal of the evening to record their eighth away win of the season.

After the game, Ba said that Kerim Frei was the key man for Beşiktaş as his dynamism helped sink a difficult Gençlerbirliği team.

"We controlled the game from start to finish but I thought Kerim was the game changer, he had a great game and was man of the match in my opinion," Ba told Lig Tv after the game. Beşiktaş scored both of their goals after Frei was brought on for Oğuzhan Özyakup on 63 minutes. Frei won the free-kick that lead to the first goal and was involved in the second goal. The 21-year-old completed 11 passes with a 100 percent accuracy and was awarded a 7.00 rating by Whoscored.

Frei was born in Feldkirch, Austria but was raised in Switzerland by his Turkish father and Moroccan mother. The 20-year-old winger was first spotted by Swiss side Grasshoppers aged 13 and was snapped up by Fulham just three years later.

After rising through the youth ranks, the Fulham starlet was given his Premier League debut on Dec. 10 2011, in an away match against Swansea City aged just 18. Frei joined Beşiktaş in a 3.5 million euro move from Fulham last summer. The Turkish international has scored four goals in all competitions this season.

Separately, Beşiktaş President Fikret Orman believes that the Black Eagles are on the path toward becoming a global club, according to turkish-football.com. "I want to thank everybody involved in our projects in Australia. There was a saying about the British Empire, the empire on which the sun never sets, that is what Beşiktaş has become," Orman was quoted as saying on the official Beşiktaş website during his trip to Australia. Beşiktaş have established football academies in Australia, which are being run by Ufuk Pak, the club's football academy manager. The Black Eagles have been focusing on training young players and improving their scouting network abroad. They have a network of 65 football academies in every region of the country as well as Germany, England, the Netherlands and as far afield as Nigeria. Beşiktaş defender Ersan Gülüm was born in Australia while Oğuzhan Özyakup, Gökhan Töre, Olcay Şahan, Veli Kavlak and Kerim Frei were all signed from Western Europe.