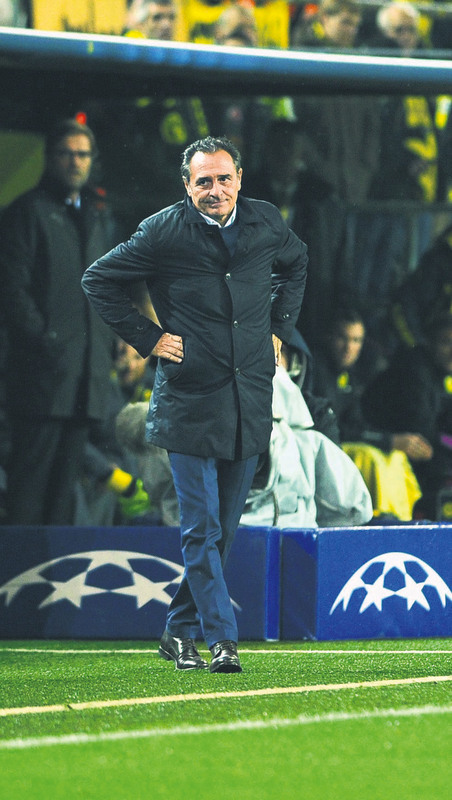 by daily sabah
Mar 05, 2015 12:00 am
Galatasaray's former Italian coach Cesare Prandelli has appealed to the Court of Arbitration for Sport (CAS) to receive his alleged debts. Prandelli has demanded 4.5 million euros for himself and his assistants. Galatasaray also confirmed Prandelli's move. Galatasaray decided to part ways with the Italian manager Cesare Prandelli last December. Prandelli was blamed for the club's poor performance last year. The Istanbul giants gave the top job to their former player and Turkish national team head coach Fatih Terim's assistant Hamza Hamzaoğlu. The powerhouses have enjoyed a productive run of form since Prandelli's departure. Beşiktaş had experienced the same problem with their former Spanish coach Vicente Del Bosque and had to pay him and his staff 6.7 million euros for firing them in 2005. Switzerland's highest court said, "Beşiktaş owe Del Bosque 4.91 million euros," upholding an earlier decision by CAS. After Del Bosque led Real Madrid to two Champions League and two Spanish league titles, With Beşiktaş, he had arrived in Turkey to much fanfare and hope, but failure to deliver results saw him get the sack towards the tail end of the 2004-05 season.
Last Update: Mar 05, 2015 1:01 am