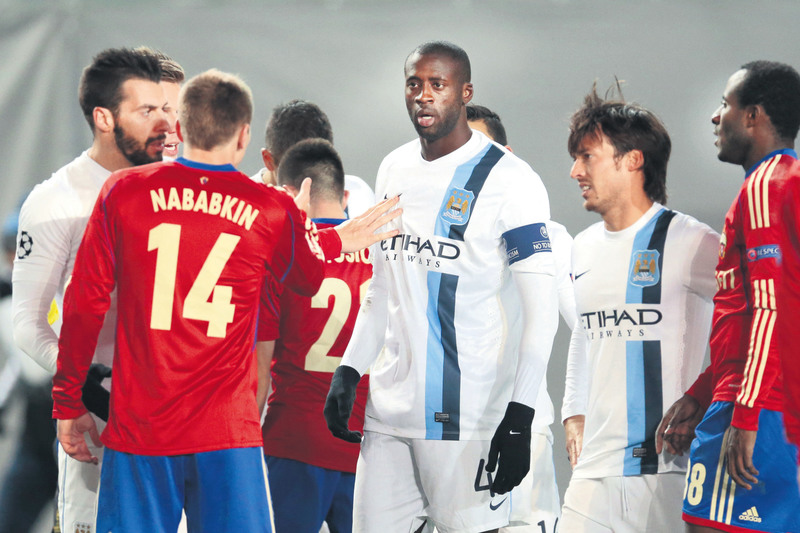 FIFA President Sepp Blatter has urged the handing out of tougher sanctions for acts of racism by football fans. Blatter said clubs linked to offending fans need to have points deducted and the possibility of facing relegation

Teams involved in racial incidents should suffer more severe punishment like the docking of league points, FIFA president Sepp Blatter said on Wednesday. "The biggest problem we've had in recent days here in this continent is racism, discrimination. This is unacceptable," Blatter said. "We must deduct points, relegate a team. The moment we have the courage to do that, discrimination will end," he told the presidents of the South American football confederations and other officials at the start of CONMEBOL's Congress at its Paraguayan headquarters. Players of African descent are routinely jeered by fans across South America. This happens even in Brazil, which has a large Afro-Brazilian population.

Blatter's comments came on the same day Peruvian club Cienciano was fined more than $12,000 and ordered to play a match without its fans after some of its supporters racially insulted Panamanian striker Luis Tejada, who is black, during a First Division game.

There have been frequent cases of racial abuse of players in Europe and South America in recent years but Blatter said fines or the closing of stadiums were not enough punishment. "I think that one day (racism) will disappear from football... but that's not enough, we need new conditions," Blatter said.

"We have the regulations but they are not being applied in the whole world by the disciplinary and control bodies," said Blatter, who will be seeking a fifth term at the FIFA presidential election on May 29. Blatter was in South America looking for support from the 10-member confederation in his bid for re-election in May to a fifth four-year term. CONMEBOL's congress will ratify Paraguayan Juan Angel Napout as its president for a new four-year term and reiterate its support for Blatter in the FIFA election.

The Swiss is running against Michael van Praag of the Netherlands, former Portugal great Luis Figo and FIFA vice president Prince Ali bin al-Hussein of Jordan, who are attending the congress. FIFA's 209 member countries vote separately, but at least one South American head has urged the group to vote as a bloc.

CONMEBOL has strong ties to Blatter. Blatter's predecessor Joao Havelange is a Brazilian. Julio Grondona, the head of the Argentine federation who died last year, was FIFA's senior vice president.

In Turkey, racial incidents are rarely seen in stadiums. However, it has experienced racism. Turkey international Emre Belözoğlu was given a two-and-a-half-month suspended prison sentence for a racist slur he used against Ivorian midfielder Didier Zokora during a match in 2012. The court said the Fenerbahçe midfielder's act constituted a crime of "religious, racist, ethnic, sexist or sectarian discrimination." The incident occurred in April 2012 in Fenerbahçe's match with Trabzonspor. The sentence was suspended by the court because the 33-year-old had not committed any previous offences of a racist nature, and in the belief that he would not repeat his behavior. Emre was accused of racism three times during a three-year spell in the Premier League at Newcastle but the English Football Association investigations found no proof. He is the first Turkish footballer to be sentenced for racism.

In France, the world witnessed one of the most tragic racial incidents in France last month. Chelsea supporters were seen on a video preventing a black man from entering a train on the Paris Metro as they traveled to a Champions League match. The Paris prosecutor's office has started an investigation to find the Chelsea fans responsible for chanting "we're racist and that's the way we like it" as they stopped a black man boarding a Paris train on February 17.

The incident was captured on video by another passenger on the platform at the Richelieu-Drouot metro station before Chelsea played Paris St Germain in a Champions League match at the Parc des Princes in the French capital.

The men in the video could be seen and heard chanting "we're racist, we're racist, and that's the way we like it," as they stopped the man boarding their carriage - pushing him back on to the platform. Premier League leaders Chelsea, making their second visit to Paris for a Champions League match in less than a year, condemned the incident in a statement. The English FA and the English Football Supporters' Federation also condemned the incident. Three men sought in connection with an alleged racist incident involving Chelsea football fans on a Paris Metro train have been identified. A Metropolitan police spokesman said the force had spoken to the men and was liaising with the French authorities. None of the men sought by Scotland Yard has been arrested as the force cannot detain people over alleged offences outside the U.K. If brought to trial in France, the suspects could face a three-year prison sentence and 45,000 euros fine.
Last Update: Mar 06, 2015 10:01 am
RELATED TOPICS