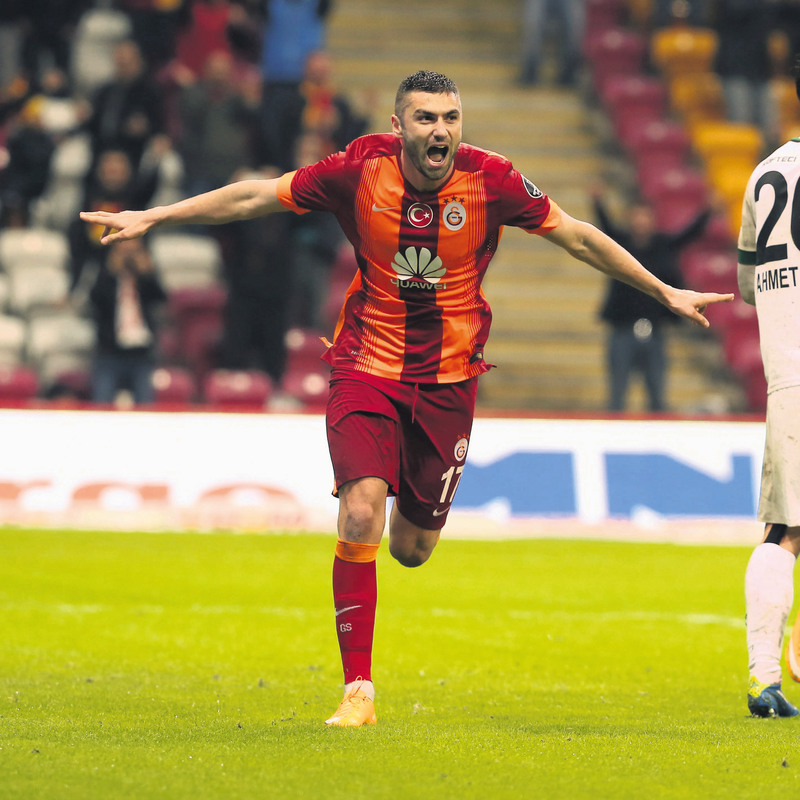 Fenerbahçe and Galatasaray will clash on Sunday. The winner will gain a big advantage in the race for the title and for the fourth star on the jersey. Each star on the jersey represents five titles won and both teams have 19 titles

Turkish Super League powerhouses Galatasaray and Fenerbahçe will play their 381st derby on Sunday at Fener's Şükrü Saraçoğlu stadium as both sides look for local bragging rights as well as a crucial lead in the title race. Since their first derby on Jan. 17, 1909, the two clubs have grown to become two of the biggest clubs in Europe. The Galatasaray-Fenerbahçe derby is thought of as the most exciting football clash in Turkey and at the same time the fifth most intense football rivalry in the world, according to CNN. Historically, Fener have the better record in the derby, winning 21 more games, but in terms of titles, it is a dead heat with both teams having won the league title 19 times. So, the Sunday derby will possibly witness a mortal combat considering each side ambitiously want to be the first one to wear the fourth star on their team jersey. The fourth star is vital for both teams' fans. There has been competititon between Fenerbahçe and Galatasaray since early the 1900s. Galatasaray were crowned with a third star in 2000 before Fenerbahçe. And this had caused frustration and humiliation among Fenerbahçe fans. Luckily for them, Fenerbahçe managed to get their third star on their jersey in the next season.

Galatasaray are currently first in the Super League on 51 points after 22 games this season. The Lions have recorded four consecutive victories in the league and beat Manisaspor 4-0 in the cup on Tuesday. Fenerbahçe are third in the league on 47 points and will drop seven points behind the league leaders if they lose the Intercontinental derby. The Yellow Canaries have a great record against Galatasaray at home. The last time the Lions beat the Canaries away was back in 1999.

Fenerbahçe's coach İsmail Kartal talked assertively ahead of the match. Kartal said, "Our supporters will freak Galatasaray out and when the Galatasaray players take the field, their legs will tremble. We have the advantage of playing on our home soil. We will do our best with the support of our fans. The energy that will flow from the stands will dominate everything. We'll be the one who laughs at the end."

"In the derby played in first half of the season, we lost 2-1 against our rivals because of the unfair decisions made by the referee who showed a red card to our player. If we had not been one man down, Galatasaray's midfielder Wesley Sneijder could not have scored that goal. That match should have been played 11 against 11. Diego is in good form. Everyone can score in the derby game. Diego, Raul Meireles, Dirk Kuyt. We have two candidates for the forward line. Emmanuel Emenike or Pierre Webo. We have no alternative. Emenike has scored four goals. The fact that he has poor goal-scoring record is a source of anxiety. But he always put an enormous strain on rivals and he is good leverage for us."

Stressing that they will play an open style of football in the derby, Kartal added, "Fenerbahçe have a game philosophy. We want to win the derby. We play the best football. And we will take no extra measures for Galatasaray in terms of defense."

Galatasaray are also assertive ahead of the derby. According to Turkish media, the Galatasaray administration is preparing a special bonus in case of victory. They are said to announce the creamy bonus in the locker room.