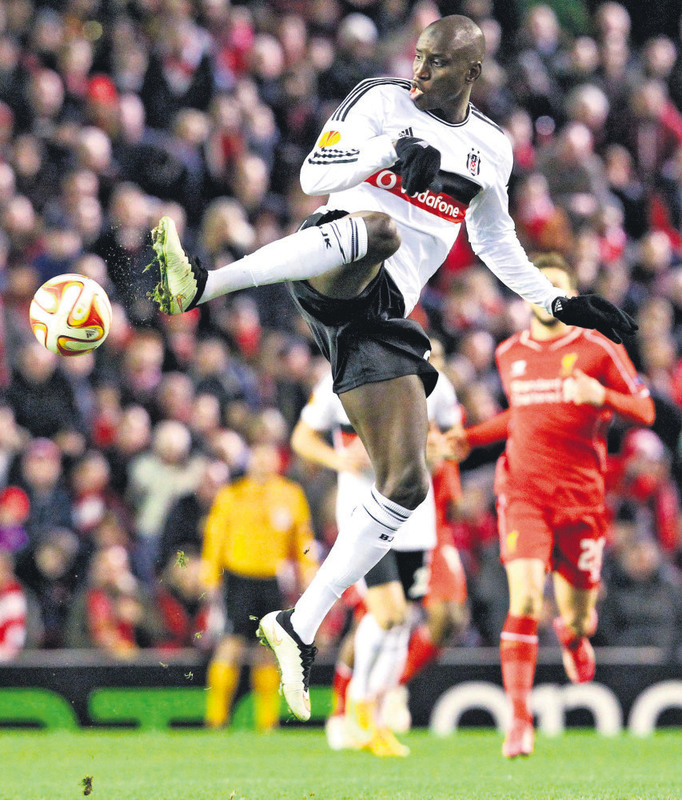 The Black Eagles will take to the field aiming to make history. While the Belgium outfit are undefeated in the Europa League this season, Beşiktaş have never lost to Belgian clubs

Beşiktaş will play against Club Brugge in the Europa League Last 16 at Jan Breydel Stadium in Brugge, Belgium, today. The Black Eagles are looking to snatch a result and return to Turkey with an advantage. The return game will be played in Istanbul on March 19 at the Atatürk Olimpiyat Stadium. Four Beşiktaş's players have injuries ahead of the match. Jose Sosa, Atiba Hutchinson, Alexander Milosevic and İsmail Köybaşı will not be able to take the field against Brugges today.

Beşiktaş have never lost against a Belgian club in their history. Beşiktaş have played four games against Belgian clubs and won two of them, drawing the other games. Beşiktaş were paired with Brugge nine years later. They beat Brugge 2-1 in their last meeting when they played on November 29, 2006. Club Brugge have played three games against Turkish clubs. Brugge were defeated one time, drew in one game and won the other.

The Belgian club have not been defeated by any team this season in European competition, having played 12 games in Europe. Brugge won nine of them, drawing the other three games. The Belgian club are also leaders in their own national league, ahead of Anderlecht. Club Brugge are an experienced team in European tournaments. They have played 79 matches in various tournaments. They play especially well on their home soil although this is the first time Club Brugge have been in the Last 16. The Belgian side has not reached the final stages of a European tournament since they made it to the last four in the 1991/92 European Cup Winners' Cup.

Beşiktaş president Fikret Orman has revealed that he expects between 70-75,000 fans to fill the stands against Club Brugge in the Europa League Last 16 second-leg game, according to turkish-football.com. "If we return to Istanbul without conceding a goal we will have a great chance, there will be an incredible atmosphere in Istanbul and we have already sold 70 percent of the tickets," Orman told Best FM. "We are expecting 70-75,000 fans to fill the stands."

Beşiktaş beat Liverpool in the Europa League Round of 32 at the Atatürk Olympic stadium in front of a record crowd of 63,324, according to the official UEFA website. The Black Eagles could have had a higher attendance but UEFA regulations required there to be some empty sections in the stadium for security. Beşiktaş will permit traditional paper tickets in addition to the Passolig e-ticketing system.