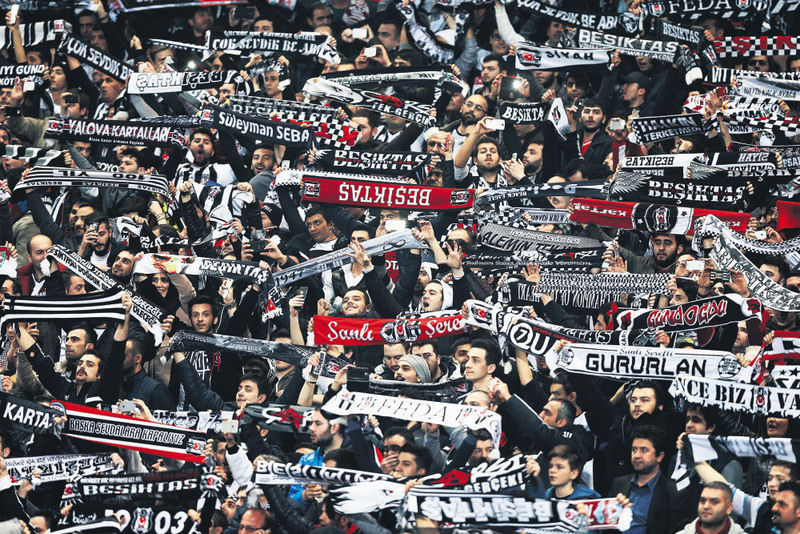 European football's governing body, UEFA, had previously announced that the crowd of 63,324 that watched Beşiktaş knock out Liverpool 6-4 on penalties on Feb. 26 at the Atatürk Olimpiyat Stadium was the highest in UEFA Europa League history. But later UEFA said it made a mistake and a crowd of 63,324 was the second highest number. Goals from Tom De Sutter and Lior Refaelov helped Brugge come from behind to establish a narrow advantage over Beşiktaş on March 12 in Belgium. The crowd number has already surpassed the one in the Beşiktaş-Liverpool match. Beşiktaş club officials said that currently 64,867 tickets had been sold as of yesterday. If Beşiktaş manage to sell the 4,200 remaining tickets, they will break the crowd record set in the match played on Feb. 23, 2012 between Manchester United and Ajax. Some 67,328 spectators watched that match.

Beşiktaş president Fikret Orman has revealed that he expects between 70-75,000 fans to fill the stands against Club Brugge in the Europa League Last 16 second-leg game. "We will have a great chance, there will be an incredible atmosphere in Istanbul," Orman told Best FM. "We are expecting 70-75,000 fans to fill the stands." Beşiktaş beat Liverpool in the Europa League Round of 32 at the Atatürk Olympic stadium in front of a crowd of 63,324, according to the official UEFA website. The Black Eagles could have had a higher attendance but UEFA regulations required there to be some empty sections in the stadium for security reasons.

Liverpool's Kolo Toure had said "The atmosphere here was unbelievable - I think it was the best I ever played in. Honestly."
Last Update: Mar 18, 2015 1:48 am
RELATED TOPICS