Barcelona aim for a decisive win against Real Madrid 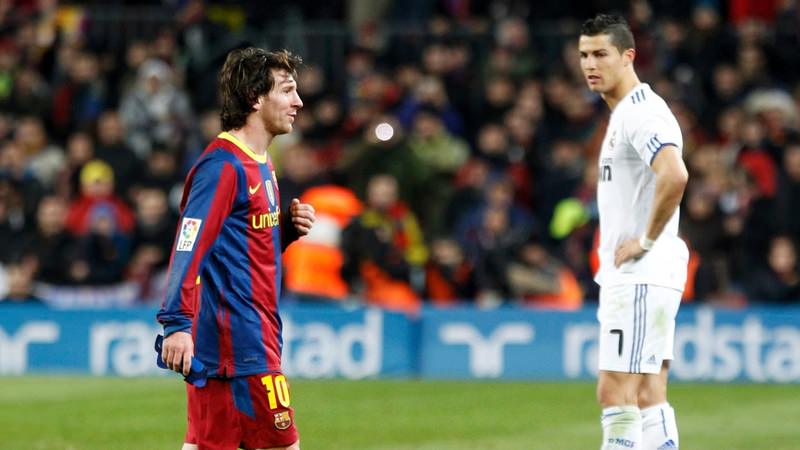 A surging Barcelona have overhauled Real Madrid in the Spanish league standings, and the team now has the chance to open up a significant gap in the second "clasico" of the season on Sunday

Barcelona is on a run of 17 wins in its last 18 games and leads the league by one point, while Real Madrid is a shadow of the side that ended 2014 on a Spanish record 22-match winning streak that included a 3-1 win over the Catalan club. Regardless of the teams' contrasting form, one constant will remain: Lionel Messi and Cristiano Ronaldo will again vie to leave their mark on one of the most hotly contested rivalries in soccer.

"We face the match with a lot of respect," Messi said. "Madrid never plays poorly and when they appear to be struggling, they are even more dangerous. They have incredibly talented players, and we have to respect then more than ever." Here are some more things to know about this weekend's matches:

Barcelona appeared to be on the brink of a breakdown following a loss at Real Sociedad in early January. That was followed by a chaotic week that included the firing of its sport director and president Josep Bartomeu calling for early elections in the offseason.

The team has responded in incredible fashion. Barcelona has reached the final of the Copa del Rey, the quarterfinals of the Champions League, and has passed Madrid in the league.

Madrid has gone the other way. Injuries and tougher competition have transformed the once invincible European champions into a vulnerable side. The team has nine wins, two draws and five losses since the winter break.

Madrid will arrive at Camp Nou the better rested team after not having played since last Sunday. But Barcelona remains on a high after a second convincing victory over Manchester City on Wednesday, when it eased into the Champions League quarterfinals for a record eighth straight season.

"We are strengthened by the win (over City)," Barcelona coach Luis Enrique said. "We have the important advantage of playing at home, but in many cases that isn't decisive. To talk about being favorites is risky and pretentious."

The game may well be decided in the midfield, where Madrid has finally managed to match Barcelona by bringing in strong passers like Toni Kroos and Francisco "Isco" Alarcon. Madrid will be without James Rodriguez with a broken foot, while Javier Mascherano should seamlessly fill in for Barcelona in place of injured stopper Sergio Busquets. The question then for Luis Enrique is whether to play Jeremy Mathieu or Marca Bartra alongside Gerard Pique in defense.

THE BEST OF THE REST

With all eyes on the clasico, third-place Valencia will try to gain ground on the top two when it visits Elche on Friday trailing Madrid by seven points. Defending champion Atletico Madrid is a point behind Valencia and hosts Getafe on Saturday, while Sevilla visits Villarreal in a meeting of the league's fifth- and sixth-place sides on Sunday.

There is no secret to Barcelona's success: Messi is back to playing at a level reminiscent of his best days under former coach Pep Guardiola. Luis Enrique has moved Messi back to his original position on the right side of Barcelona's attack, and Messi is flourishing both as a scorer and in his newfound role as the team's best passer and playmaker. Not surprisingly, Madrid's troubles coincide with a dip in form from Ronaldo.

Ronaldo once held a big lead over Messi in goals scored in the league, 23-13 through 15 matches. Messi has since gone on a scoring streak with 19 goals in the last 12 games, while Ronaldo has notched five. Messi now leads Ronaldo 32-30 in the league and 43-41 overall.
RELATED TOPICS