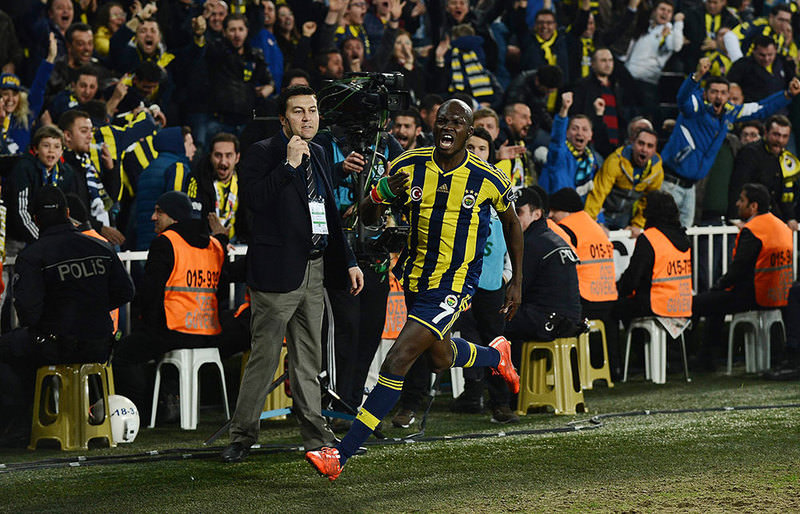 The Nigerian forward has traveled to Milan after being forced off the pitch against Beşiktaş where fans called for him to leave the field. However, Coach Kartal is standing by his player

Fenerbahçe Coach İsmail Kartal criticized the club's fans after they hounded Emmanuel Emenike off the field during Fener's derby match with Beşiktaş, saying fans should support their players.

Once again, an Istanbul derby will be remembered more for non-footballing reasons rather than what went on the pitch inside the Şükrü Saraçoğlu Stadium.

While Fenerbahçe came away with a 1-0 win that helped reduce the gap at the top of the table to just two points while sitting behind second-placed Beşiktaş, just a point behind, the main talking point was Emenike's exit from the field after fans called for the Nigerian to be substituted before half time. Emenike removed his shirt and tried to leave the pitch before being convinced to return to the field of play by his coach and teammates. At half time, he left the stadium and was replaced by Pierre Webo. The Nigerian has gone to Milan for "two, three days" to see some close friends and hopefully put Sunday's debacle behind him. Despite Chairman Aziz Yıldırım's strict orders, he left Istanbul saying, "I will rest for two or three days and return." The move also caused controversy in terms of doping control logistics with no player allowed to leave the stadium until doping tests are taken. 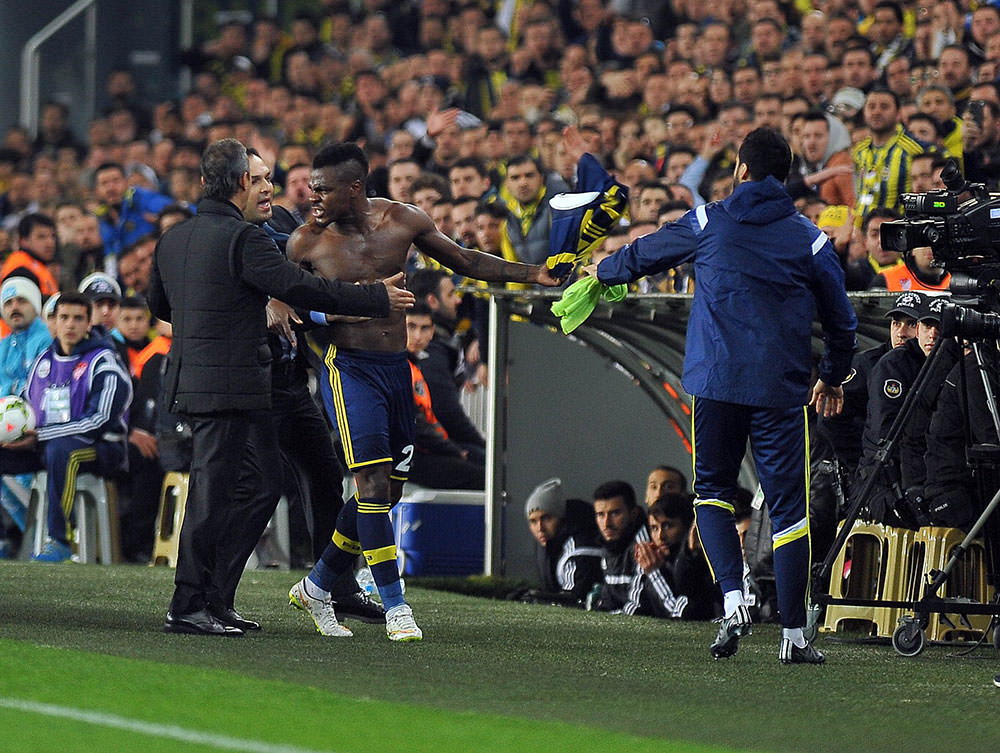 Kartal defended his walk-away striker saying that Fener's fans should be more considerate toward their own players.

"We won four of five derbies this season," said the Fener coach. "Our fans must support Emenike. But whether he stayed on the pitch or left it, it doesn't matter much. We want our fans to protect our footballers. The team may lose their self-confidence after such sour reactions stemmed from the stands. Emenike has a very good heart, he wants to contribute to this team more than anyone. He was very sad, he is a very emotional person and decided to leave. Please, our fans, support us, believe in us. We took a very important step in the title race. Despite all the bad luck we experienced during and ahead of the game, we overcome all of these difficulties."

While the game may be memorable for its off-field drama, little could be said about the game itself. Despite all the problems and distractions Fener experienced on the pitch, such as Gökhan Gönül's injury prior to the game, Dirk Kuyt's injury and the tense environment, Fenerbahçe managed to win.

Moussa Sow once again hurt Beşiktaş and scored his eighth goal against the Black Eagles in seven derbies. The Turkish media have now nicknamed him "The Gamine of Beşiktaş."

For Beşiktaş coach Slaven Bilic it was yet another derby that ended in defeat. Bilic has never won a derby in Turkey. He has managed his team in seven derbies in the Turkish super league and has not won a single one of them, while losing five.

Bilic defended himself after the game. "We played very well and missed so many opportunities against Fener. We are very disappointed. We never deserved to lose. Just as our rivals gave up the attack, we conceded a shock goal. Currently, all three teams are ranked closely."

Fenerbahçe travels to Çaykur Rizespor in the next round of games while Beşiktaş take on Istanbul Başakşehir.

The Yellow Canaries remain in third place with 53 points, two points behind league leaders Galatasaray and a point behind Beşiktaş.