Sneijder: We will do our best to defeat Turkey 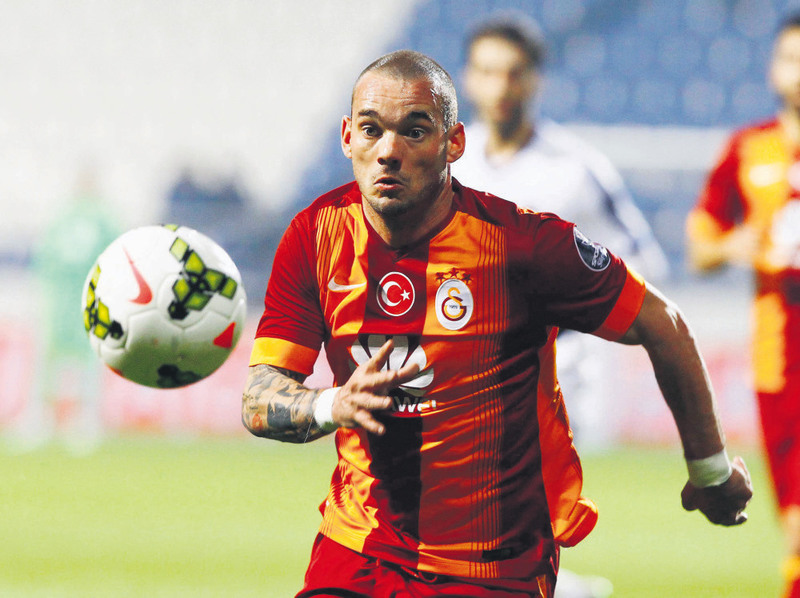 by Hakan Baş Mar 25, 2015 12:00 am
Galatasaray's Dutch star Wesley Sneijder has sent a message to Turkey while his Netherlands squad prepare for a key European Championship qualifier. Speaking to the Netherlands' Telegraaf daily, Sneijder said, "We will win despite having missing and injured players and we will do our best to defeat Turkey." Injured Bayern Munich winger Arjen Robben pulled out of the Netherlands squad late Sunday. The winger's absence leaves coach Guus Hiddink missing two of his most experienced and most effective strikers against Turkey. Sneijder, who is a part of the Netherlands' big quartette with Rafael van der Vaart, Robin van Persie and Arjen Robben, said, "We can get a good result even if Arjen and Robin are injured. But they are a big loss for us anyway. They are among the best footballers in the world." The Netherlands are suffering from a glut of injured players. As well as Robben, Dirk Kuyt and Ron Vlaar won't be able to play against Turkey due to injuries. "I feel not pressure but responsibility. Klaas-Jan Huntelaar, Nigel de Jong and I are speaking to the young players and motivating them," added Sneijder.

Meanwhile, the Turkish national team are suffering from a lack of available defenders. Ersan Gülüm, Serdar Aziz and Hakan Balta are all injured for the national squad who are on a camp in Germany. Turkey's star defender Ömer Toprak has not accepted coach Fatih Terim's invitation. Terim is mulling calling up Mehmet Topal, according to Turkish media. The Netherlands, third in Euro 2016 qualifying Group A after four matches, takes on fourth-placed Turkey on Saturday at the Amsterdam Arena and meets Spain three days later at the same venue. The Czech Republic, with four wins out of four, leads the group, ahead of Iceland. The top two teams in each group qualify automatically for next year's tournament in France, as does the best third-place finisher. All other teams finishing third go into the playoffs.
Last Update: Mar 25, 2015 2:17 am
RELATED TOPICS