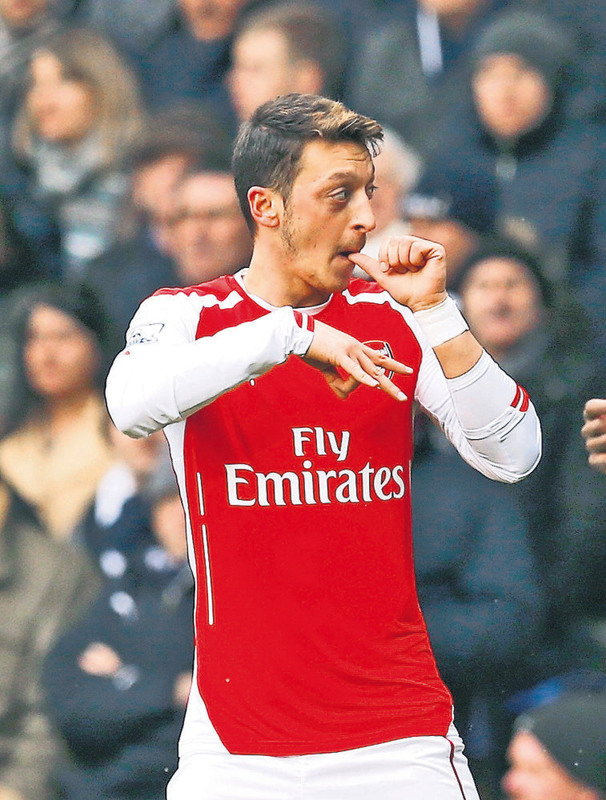 by Daily Sabah Mar 27, 2015 12:00 am
German playmaker Mesut Özil will take no notice of the critics as the Arsenal midfielder remains convinced he has the ability to one day win the Ballon d'Or. The Gunners' club-record 42.5 million pound signing has produced some consistent displays since returning from an injury lay-off earlier this season, helping Arsene Wenger's side back into the top four of the Premier League and the semi-finals of the FA Cup at Wembley.

Özil, though, remains an enigma for some who are left perplexed at a perceived laid-back style from the former Real Madrid player. The 26-year-old, however, has every confidence in his own ability.

Speaking to German newspaper Bild, Özil said: "If I continue to develop well and stay healthy, I would like, in the next few years, to hold the Ballon d'Or in my hands. I am convinced that it can happen. "I am feeling very positive. I am a world champion and I play at a top club in the Premier League.

"There is much more of a physical test here than there is in Spain or in the Bundesliga - I constantly have bruises, but that makes me harder. I feel physically better than ever."

Özil missed Arsenal's win at Newcastle on Saturday through illness before flying out to Germany ahead of international duty.

The midfielder was subsequently spotted in a Berlin nightclub, with Arsenal set to get the player's version of events when he returns ahead of the Premier League match with Liverpool on April 4. Germany manager Joachim Low, however, played down the issue ahead of Wednesday's friendly against Australia.

Arsenal could be boosted by the return to fitness of midfielders Mikel Arteta and Jack Wilshere after the international break, along with full-back Mathieu Debuchy, who suffered a shoulder injury in January.
Last Update: Mar 27, 2015 2:26 am
RELATED TOPICS