Turkish teams in full unity after assault on Fener 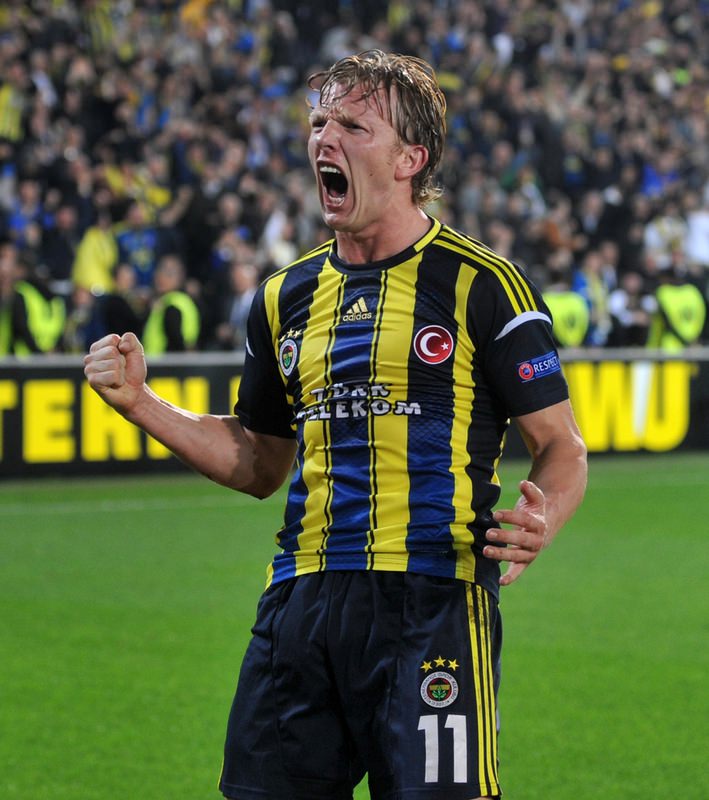 Turkish football fans will not watch any local football matches this weekend after a gun attack on the Fenerbahçe team bus. While police investigate the case, Turkish teams have showed their solidarity with rivals Fenerbahçe and proved that football does not mean seeing everyone as an enemy

Last weekend, the general public was shocked after an unprecedented attack. An unknown gunman or gunmen opened fire on the team bus of Fenerbahçe football club, causing injuries to the driver, although all the players were safe. The incident took place in the northeastern city of Trabzon after Fenerbahçe won 5-1 over nearby Çaykur Rizespor. Several shots were aimed at the bus as it passed through Trabzon on the way back to Istanbul. In response, Fenerbahçe last Sunday called for the suspension of the national league championship. The TFF held an extraordinary meeting on Monday and decided to suspend the Spor Toto Super League for one week. Youth and Sport Minister Akif Çağatay Kılıç, TFF President Yıldırım Demirören, Turkish Union of Clubs president Göksel Gümüşdağ and club presidents met at the Riva facilities of the TFF in Istanbul. Demirören said: "It was a terror attack. The suspension of the Spor Toto Super League was decided as a result of the consensus of all the clubs." The Turkish Union of Clubs President Gümüşdağ stressed that the decision shows solidarity with Fenerbahçe. "It has nothing to do with any security problem in Turkey" he emphasized.

The Turkish football world showed a remarkable amount of solidarity with Fenerbahçe, setting aside the fierce competition between and toward the big teams. All the club administrators supported the suspension decision and condemned the violent attack on the team. The common reaction is the fact that the attack was not made on Fenerbahçe, but on Turkish football.

The attacker or attackers and their motive is still being investigated. At first, suspicions focused on the fact that hooligans from Trabzonspor might have conducted the attack because a strong rivalry has developed between Fenerbahçe and Trabzon's local team, Trabzonspor, since 2011, especially after the match-fixing case against Fenerbahçe. The Trabzonspor administration and fans felt they should have won the Turkish Cup, but Fenerbahçe retained that title despite the scandal. Trabzonspor Chairman İbrahim Hacıosmanoğlu has alleged that Fenerbahçe's 2011 title must belong to Trabzonspor, who finished second that season. However, Hacıosmanoğlu refused the allegations connecting the shooting to the Trabzonspor community. He said, "There is rivalry in football. But there must never be violence in football. We condemn it in the strongest possible terms, the attack on Fenerbahçe. No Trabzonspor fan approves of such an action. This attack has nothing to do with humanity and sport. I hope it never happens again." Two were people detained over the armed attack last Tuesday. But they were released two days later because there was no strong suspicion based on concrete evidence against them.

Violence is unfortunately a fact in football. The first instance of football violence is unknown, but the phenomenon can be traced back to 14th-century England. In 1314, Edward II banned football - at that time, a violent, unruly activity involving rival villages kicking a pig's bladder across the local heath - because he believed the disorder surrounding matches might lead to social unrest, or even treason. Andres Escobar, the Colombian defender whose own goal against the United States helped eliminate his nation from the World Cup, was shot dead in 1996 in his home town, the cocaine cartel city of Medellin. The killing heightened speculation that gangsters from either the United States or Colombia had tried to fix the U.S.-Colombia match, which the U.S. team won 2-1 in a major upset.

And recently, eight Marseille fans were arrested after violence around last Sunday's home match against Paris Saint-Germain, which saw the visitors' coach pelted with missiles before the game and Zlatan Ibrahimovic reportedly almost hit by a golf ball.

Kuyt returning to Feyenoord next season

Former Netherlands forward Dirk Kuyt is returning to Feyenoord next season, aiming to end his professional playing days at the club that was a launching pad for nine years at Liverpool and Fenerbahçe, the Rotterdam club announced. Kuyt signed a one-year contract with Feyenoord, which is currently third in the top-flight Eredivisie, but said his stay will likely be longer. Kuyt grew into a favorite among Feyenoord's fanatical fans during his first stint with the club from 2003-2006, after transferring from Utrecht. He was the Eredivisie's top scorer in the 2004-2005 season and was named Dutch footballer of the year in 2006. Kuyt retired from international football in October after finishing third with the Netherlands at last year's World Cup a tournament where he underscored his versatility by playing on the wing and at left back. He made 104 appearances for the Netherlands and scored 24 goals. He also was part of the team that finished second in the 2010 World Cup in South Africa, losing to Spain in the final. The 34-year-old said now is a good time to return to Rotterdam as "I'm fit and have a great drive to make a success of my time at De Kuip," Feyenoord's stadium. Feyenoord director Martin van Geel said that although Kuyt signed only a one-year deal both he and the club intend his stay in Rotterdam to be longer.
Last Update: Apr 11, 2015 1:37 am
RELATED TOPICS